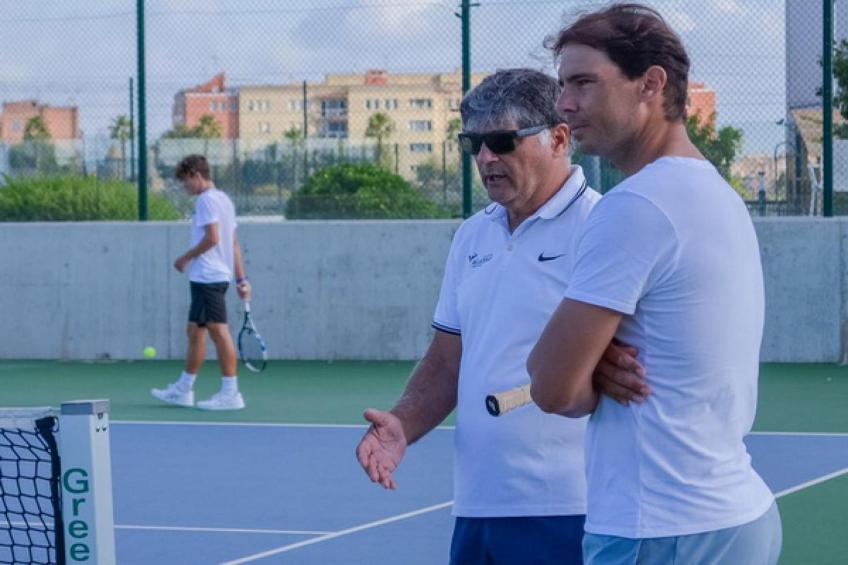 During the forced stop in the world of tennis caused by the Pandemic linked to Covid-19, world number 2 Rafael Nadal spent a lot of time trying to be as close as possible to his Academy in Manacor. The Spanish tennis player highlighted the enormous experience that the coaches implement by training young tennis players on the day of the fourth anniversary of his academy and there are athletes, such as Jaume Munar, who have already achieved important results.

Here are some of the words of Rafa, who appeared via video through his social networks: "This has always been one of the main challenges, trying to form a great team of both men and professionals. I am very satisfied because I have several high-level people next to me and this really gives me a lot of peace of mind."

Rafael Nadal's words about his Academy

Then Rafa mentioned his uncle and former coach Toni Nadal, Gabriel Urpi, Marc Gorriz, Joan Bosch, Joel Figueras and Tomeu Salva, all members of the group who lead the project of his academy.

In this regard, Rafa specified: "We have coaches with enormous experience in every field, especially within the professional circuit. This group leads the project by creating the working methods and with the coaches who train boys with a really great desire to learn and work." In this period Rafa has a lot of free time to train at his home.

Outgoing champion at the US Open, Rafa has decided to skip the American Slam and the ATP Masters 1000 in Cincinnati (this season played in the bubble of New York, ath Flushing Meadows) due to a health situation in the United States that is far from resolved and is waiting to return to the Tour in Europe where he will try to reach the record Roger Federer's Slam Championship in his beloved Roland Garros.

Another tournament to which Rafa is very attached is certainly the Masters 1000 in Rome, a tournament which, after the initial postponement, will be played normally. Rafa's Academy is now known all over the world and the Spaniard has repeatedly received praise for the great work done for these guys.

Rafael Nadal Academy continues to expand! The works being underway, Rafael Nadal talked about the importance of the upgrade. “With this expansion, we seek to get closer to what an international reference sports center needs.

The expansion means a lot to the players because In Mallorca there are some rainy days and sometimes they cannot train in the conditions they deserve,” said Nadal. “With this expansion of indoor tracks I think we are making a very important leap in quality since the service we are going to give to young people and adults is going to be even better than what we can offer now.

It will also help us to have even more events that may be important to the entire Community. “I am happy because people from all over the world who come regularly will be able to enjoy better facilities and because this will allow us to give a better service to all the fans of Manacor and all of Mallorca.

I believe that Now we can say that we are on the way to being a center of reference worldwide,“ said Rafa.