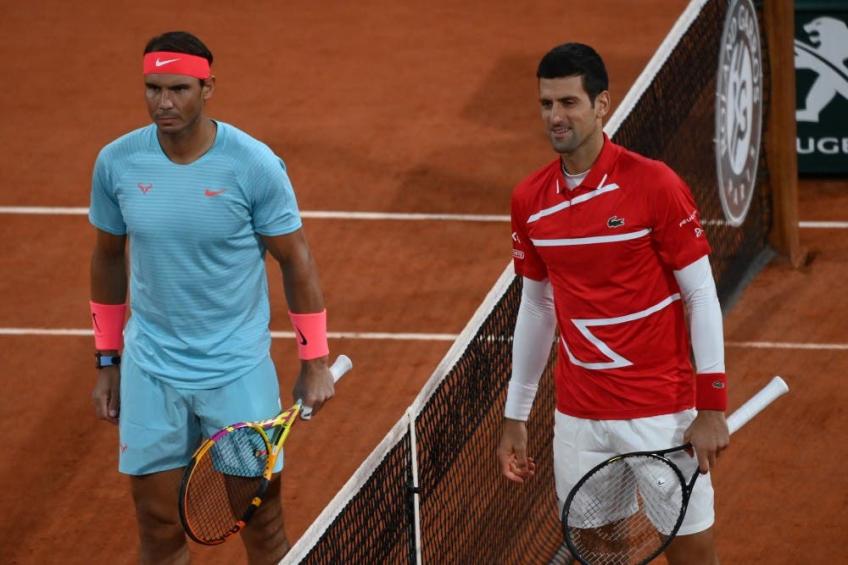 Rafael Nadal is definitely the man of the moment in tennis. The world number two won his twentieth Grand Slam title with victory at the Roland Garros and thus joined his long-time rival, the Swiss Roger Federer. For the fourth time in his career, Rafael Nadal has won the seven matches scheduled in Paris without losing a set, despite having faced major rivals.

The Spanish tennis player had an interview scheduled at the Rafael Nadal Academy with a well-known Iberian colleague and talked about many topics.

Rafael Nadal and the disqualification of Novak Djokovic

Among the various topics discussed, the disqualification of the number 1 in the world Novak Djokovic at the US Open could not be missing.

The Serb was disqualified after hitting a chair judge when the game was stopped and this mistake cost him his elimination in the Round of 16 in the match against Spaniard Pablo Carreno Busta. During the interview Nadal told how he lived this particular situation: "I was at home watching golf, they sent me a message and told me to see what was happening.

I connected to the TV when the referees were already deciding what to do. When I saw him I immediately thought he was out now. The tile is clear. Then yes, it is the maximum possible misfortune but the referees in that case had no other choice.

It was a very tough decision to make but disqualification was what the regulation required. " In addition to this Nadal held a small game with the journalist who interviewed him, his compatriot David Broncano. In Manacor, the number two in the world had nice words as well for his new and particular opponent: "I like the technique of your backhand, it's very solid.

You're wrong a bit too much but you can improve ." Obviously then on clay the result was obvious and between a few smiles and hints of the race it was once again Rafael Nadal who prevailed. About the season and the Slam Race, Rafael Nadal, Roger Federer and Novak Djokovic have dominated the world of tennis for over a decade and indeed about two decades and have probably led to seeing the 3 best tennis players in history in the same era.