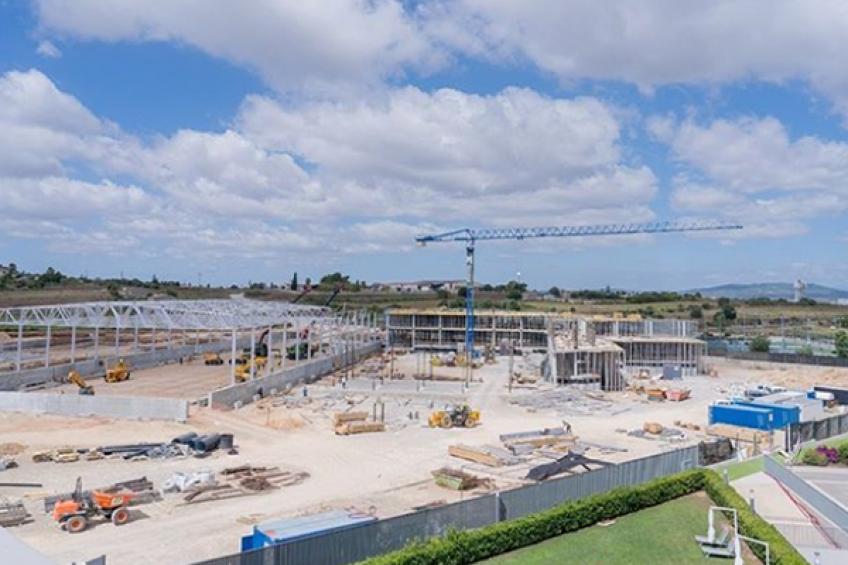 After the expansion, the Rafael Nadal Academy’s complex will have the following facilities, according to the official RNA Academy statement: 19 outdoor hard courts, 15 outdoor clay courts (7 of them will be built in 2021), 4 indoor hard courts, 7 covered clay courts, 1 football pitch, 7 padel courts, 2 squash courts, 1 semi-Olympic swimming pool, 1 outdoor swimming pool, a fitness centre, and a spa.

“Work in progressâ€¼ Once the expansion is complete, the Rafa Nadal Academy by Movistar will boast a world-class sports infrastructure for use by both the international public and Mallorcans. A multi-use hall is under construction that will house 3 indoor hard courts and 7 covered clay courts.

The new hall will also have spaces for fitness training, physiotherapy, psychology, nutrition, and sports medicine that will allow a comprehensive service to be offered to players,” RNA Academy wrote on Instagram. The expansion of Rafael Nadal’s main academy center in Manacor continues as the famous tennis institution released new pictures from the construction site.

Rafa Nadal Academy decided to upgrade the infrastructure of the site localized in Nadal’s natal town due to the high demand coming every year from tennis enthusiasts around the world.

Rafael Nadal talked about the expansion

The works being underway, Rafael Nadal talked about the importance of the upgrade.

“With this expansion, we seek to get closer to what an international reference sports center needs. The expansion means a lot to the players because In Mallorca there are some rainy days and sometimes they cannot train in the conditions they deserve,” said Nadal.

“With this expansion of indoor tracks I think we are making a very important leap in quality since the service we are going to give to young people and adults is going to be even better than what we can offer now. It will also help us to have even more events that may be important to the entire Community.

“I am happy because people from all over the world who come regularly will be able to enjoy better facilities and because this will allow us to give a better service to all the fans of Manacor and all of Mallorca. I believe that Now we can say that we are on the way to being a center of reference worldwide,“ said Rafa.