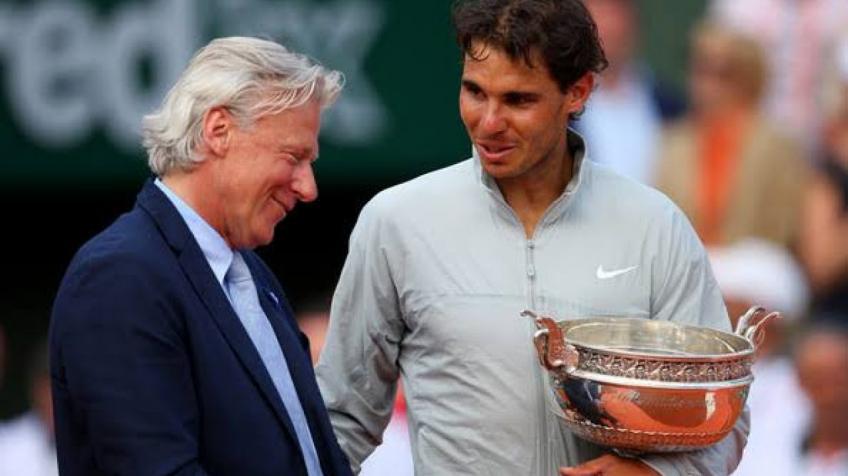 Bjorn Borg and Rafael Nadal are unanimously considered the greatest ever on clay-courts. While the Spaniard is widely ahead in the statistics, the different era makes it almost impossible to determine who would have prevailed between the two in a hypothetical dream challenge.

The well-known coach Brad Gilbert and former player Patrick McEnroe recently questioned the subject in the 'Holding Court' podcast, also analyzing the impact of the wooden racket compared to modern ones. The ideal scenario would obviously be Roland Garros, a tournament that Borg has won six times during his career.

Nadal has even reached 12 in the French capital, and if successful in 2020 he would equal the eternal rival Roger Federer with 20 Grand Slam titles.

Brad Gilbert: "Rafael Nadal is the greatest on clay-courts"

“Borg was perhaps the first player of the 1970s who was able to showcase a modern style of play.

He wasn't a very tall boy, but he was really quick," began Gilbert . Then he said: "think Borg's serve is one of the most underrated in history and would have given him an edge. As for Nadal, perhaps his second would have been weaker with a wooden racket.

The gut favors him a lot from this point of view." McEnroe replied. Gilbert then added: “I think the determining factor for the outcome of the match would have been the position on the pitch. Rafa would have dominated if Borg got too far behind and hit short.

At the same time, it would have been difficult for Nadal to give all that topspin to the ball like with the new rackets. I say Nadal in two sets with wooden rackets. I am convinced that with the new technology Borg would have more chances.

It would serve 135 mph and could even snatch a set from Nadal, but in the end the Spaniard would win 6-4 7-5 3-6 7-5. 4 sets fought with modern rackets. Rafa is the greatest, as well as having the ability to dominate the opponent when he can hit from halfway." On the health global situation Rafael Nadal said: "My heart tells me that it would be better to focus directly on 2021 and consider this season as lost, but it is obvious that there are many other interests," explained the twelve-time Roland Garros champion, who then said: "I would never have imagined a 2020 like this.

The health situation makes it very difficult for events of this magnitude to take place safely. Players would come from all over the world, even from the United States