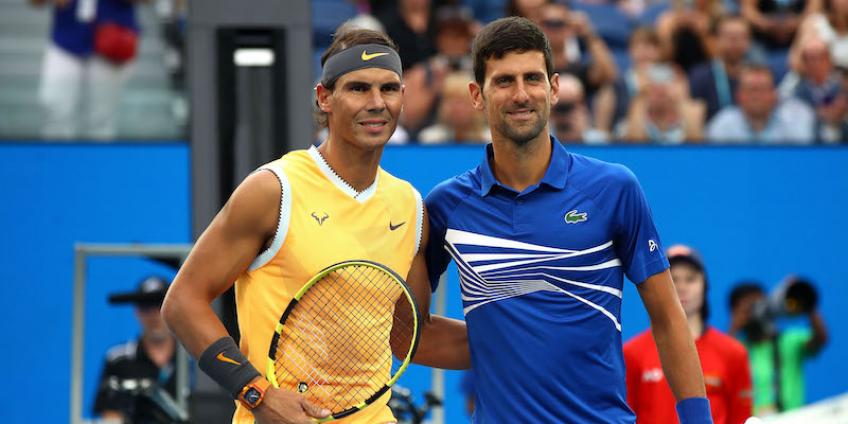 The US Open in New York will start on August 31st and it will be organized in such a way as to prevent as much as possible any possibility of contagion from Covid-19 global pandemic. In fact, the United States remains the country hardest hit by Coronavirus spreading, with over 175,000 victims and 5.5 million confirmed cases.

As already mentioned, the new edition of the Flushing Meadows Slam will be the first, since 1999, which will not see the participation of Roger Federer or Rafael Nadal, the last one defending champions after thw last season victory against Daniil Medvedev.

Novak Djokovic talks about the Us Open 2020

The three-time champion in New York, Novak Djokovic retired last year in the round of 16 against the Swiss Stan Wawrinka. He talked about the upcoming edition, but also about the comparison with Roger Federer and Rafael Nadal.

He said: "I didn't decide to participate because Nadal withdrew. I had already decided to come several months ago… I wanted to start over with concrete, because it is a surface on which I feel very comfortable. It is on hard-courts that I have achieved most of my successes.

I love playing the US Open. I had decided to come, but I was not sure if this would be possible because some points had to be clarified, in particular the absence of quarantine on returning to Europe. Every Grand Slam is an opportunity to win the title, but it's not just me.

It would be really disrespectful for the other players to say that I have better luck without Roger Federer and Rafael Nadal. Thiem, Zverev, Tsitsipas and Medvedev are as strong as the three of us. Anyone can win, especially after six months away from the circuit because we don't really know how we will feel on the pitch.

At the same time, however, I also believe that many people will be happy to see tennis move forward." Djokovic is playing the Western & Southern Open in the Flushing Meadows bubble, before playing the most awaited US Open 2020.