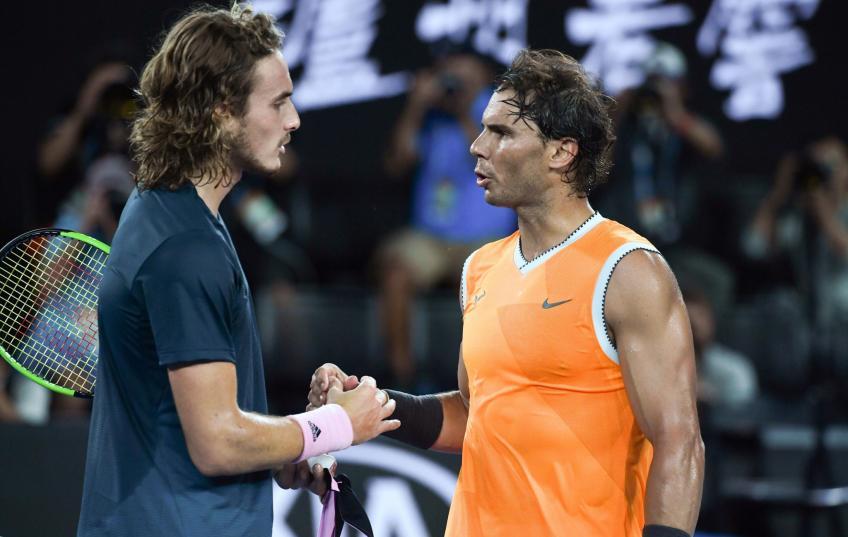 For the first time since the 1999 US Open, both Roger Federer and Rafael Nadal will not take part in the same Grand Slam tournament: the two champions have already confirmed their absence in New York, where the Serb Novak Djokovic will play instead.

It goes without saying how much this decision can benefit the other players, who will now have a better chance of reaching the final stages of the tournament. Among these also the world number 6 Stefanos Tsitsipas, who in Flushing Meadows reached the maximum of the second round.

Stefanos Tsitsipas on the new edition of the US Open

Interviewed by the SDNA website, the Greek said: “The possibilities are now definitely increasing, thanks to the absence of Roger Federer and Rafa Nadal in New York.

It is certainly a better opportunity to play well, to feel that not all the attention is on them. I also have the chance to occupy a better position in seeding." Tsitsipas also talked about the two great champions motivations for missing the American Grand Slam: “I don't know what went through their minds or why they made this decision.
What I know, of course, is that Federer has had an injury.

As for Nadal, I don't know why he preferred not to play, but he probably has something to do with Roland Garros. This, in any case, gives me momentum and motivation. I feel good about my game." To be present in the United States, after weeks of doubts and indecision, will instead be the number one ATP Novak Djokovic, who has already triumphed three times in New York: "Djokovic, of course, will represent a challenge," said Tsitsipas, "but I still a lot of time to think about a possible confrontation against him ”.

The Athens player has twice played in the main Flushing Meadows Grand Slam draw: in 2018 he was defeated in the second round by Daniil Medvedev, while last year he lost in the very first match against another Russian, Andrei Rublev.

Meanwhile Stefanos Tsitsipas is playing the Western and Southern Open, this season in the bubble of the USTA Billie Jean King National Tennis Center, in Flushing Meadows, New York. The Greek defeated Kevin Anderson in a two sets victrory in the second round of the ATP Masters 1000: now he will wait the winner of the challenge between John Isner and John Millman.