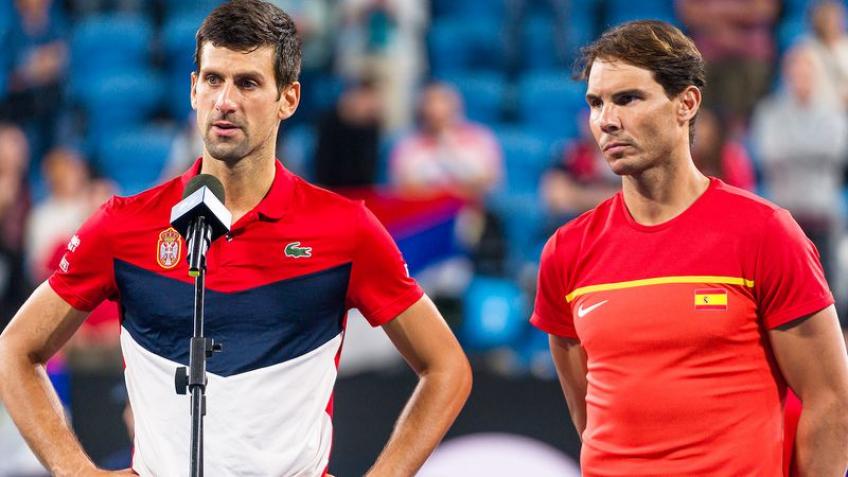 World Number 1 Novak Djokovic looked in good shape during his first games in Cincinnati. The Serbian champion seems to have already disposed of the rust accumulated during the long break and intends to be in top form when the US Open begins.

There is no denying that the Belgrade player will be the big favorite at Flushing Meadows, where he hopes to grab his fourth title and the 18th Grand Slam of his career. Thanks to the absences of Roger Federer and Rafael Nadal, Nole will have to pay particular attention to youngsters, with Dominic Thiem representing perhaps the most dangerous obstacle.

It will be interesting to see the progress of Daniil Medvedev, Stefanos Tsitsipas and Alexander Zverev, who will have to be good at handling even more pressure than usual. At a press conference in Cincinnati, Djokovic was asked to evaluate Nadal's decision to skip the North American swing.

“I can understand the reason that pushed Rafa to stay in Europe. Circumstances are still unpredictable and he did not want to put his health and that of his team at risk.

The new ranking system is aimed at protecting players who make that kind of decision ”- said Djokovic. The 17-time Grand Slam champion praised Spaniard Roberto Bautista Agut, one of the most underrated players on the circuit.

“His style of play is very insidious, he makes few mistakes and never drops in level. He is probably the most underrated player of the past five years and deserves more respect than he gets. His match with Medvedev reminded me of the one against me in Miami, he seemed underwater and managed to emerge." Meanwhile, the main draw of the US Open was drawn on Thursday afternoon.