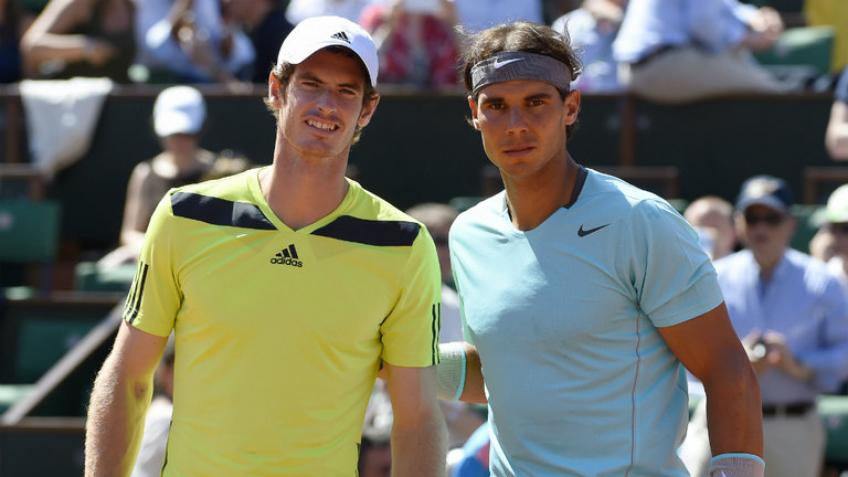 The US Open 2020 will kick off without Roger Federer and Rafael Nadal. The Swiss champion has decided to remain in the pits until the beginning of 2021, while the Spaniard wants to concentrate on the Roland Garros scheduled for late September.

If he manages to seize his 13th success in Paris, the Mallorcan would equal Federer's record of 20 Slams. Having skipped the first half of the year entirely, Andy Murray showed good condition at the Western and Southern Open and in the first rounds of the US Open, taking away the satisfaction of eliminating Frances Tiafoe and Alexander Zverev.

Few would have imagined his come back after the touching announcement made at the Australian Open 2019. In the first round of the US Open the Scotsman will face Yoshihito Nishioka, an always very insidious opponent on this surface.

In a recent interview with the Guardian, the three-time Grand Slam champion expressed his feelings on the eve of the New York Grand Slam.

Murray: "For Federer and Nadal, opposite concepts apply"

"Obviously the atmosphere of the matches will be zero.

I believe that every player must strive to find the right mood. When I enter the field, I would feel uncomfortable if I could not show any emotion. There is a level of intensity that I feel I have to bring to the court "- admitted the former world number 1.

Murray then examined the attitude of his most famous rivals: “Some guys, such as Roger Federer, are very relaxed off the court, which is also reflected when they play. It works for him. If you take Rafael Nadal instead, the exact opposite applies, even if it has changed a little over time.

During his first three or four years on the tour, he punched after every single point and had incredible energy before taking the field. The key lies in finding the right balance” - concluded Andy. The Dunblane phenomenon hopes to at least pass a few rounds, so as to gain a bit of confidence and best honor the last part of his career Meanwhile Corretja said: "Nadal knows he has many more chances at Roland Garros.

I've been missing tennis a lot in this period, it's our passion and our life. You carry it in your blood. I haven't commented on a game since January in Australia. I think this suspension has affected all players in the same way, in fact I think the scoreboards will be more open from now on.

The greats of this sport have lived through difficult times and are back great. The results we will see in the coming weeks may be surprising ”- said the Spaniard. Rafael Nadal was the only forfeit in the Top 10. "Honestly, I understand that.

I didn't speak to him, but he had to choose between the US Open and Roland Garros based on which Slam he had the best chance of winning.

Rafael Nadal and the PlayStation come back!
Hantuchova: "Rafael Nadal will not lose sleep because of the ATP Finals"
Ruusuvuori: "Rafael Nadal's ability to focus is amazing"
Rafael Nadal's sparring partner on their training
THIS WEEK MOST POPULAR
VIDEOS
Rafael Nadal: "You will decide my shots in a live!"
Italian Open Draw: for Rafael Nadal there is immediately Pablo Carreno-Busta
Soderling: "There are no words to describe what Rafael Nadal did"
ATP Paris Bercy: Rafael Nadal a 1000 and one night!
Could Toni Nadal join Barcelona Fc
Gaudenzi explains: "That's why we couldn't help Rafael Nadal"
ATP Rome: Rafael Nadal defeated in two sets by Schartzman in the quarters!