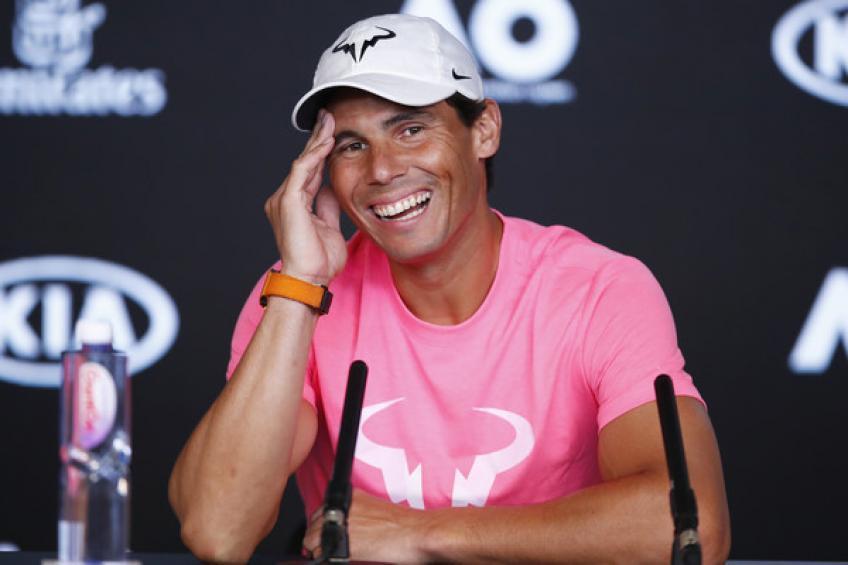 Rafael Nadal is known for being one of the humblest and friendliest players on the men's tour. The Spanish champion is on good terms with most of his colleagues and is considered an example to be followed by even his fiercest rivals.

Numerous fans were disappointed when the Majorcan announced his intention not to defend his title at the US Open, where he won his 18th career Grand Slam last year. A few days before the start of the New York Grand Slam, the ATP had posted a tweet asking fans to ask their questions to former world number 1 Andy Murray.

It would have been the three-time Grand Slam champion to choose the most interesting question to answer. The Scottish champion told a hilarious story involving Nadal himself and which took place way back in 2011. Just before the US Open semi-final (which saw them face off), Nadal and Murray were having dinner with their girlfriends in the same New York restaurant.

However, only Rafa was aware of the situation.

Murray: "I had a really embarrassing moment"

“I was in a restaurant with my wife and I sat down at the table. About two minutes after I sat down, I received a message on my mobile that said: 'You are fantastic tonight'

I looked at the screen and had no idea who sent it to me. I didn't even know whether to tell my wife, because she would have been angry seeing such a message at that time "- said Muzza. “I had no intention of ruining the dinner, then five minutes later, Rafael Nadal touched my back from behind and revealed that he was the one who sent me that message.

Since I had his phone number memorized, he sent it to me from his girlfriend's phone. It was some really embarrassing minutes for me ”- concluded the Dunblane champion. Murray was released in the second round of the US Open at the hands of Felix Auger-Aliassime.

Andy Murray was eliminated by Auger-Aliassime while Rafael Nadal will come back for the Roland Garros 2020.

THIS WEEK MOST POPULAR
INTERVIEWS
Rafael Nadal talks about his tics!
All Rafael Nadal's trophies in the Museum Experience!
Simon: "Roger Federer is a warrior like Rafael Nadal"
Here are the pics of Rafael Nadal's new yacht!
Greetings from a student of the Rafael Nadal Academy
Rafael Nadal on the Australian Open 2021: "We are no one to judge"
Andrey Rublev: "Rafael Nadal is mentally one of the strongest athletes I know"