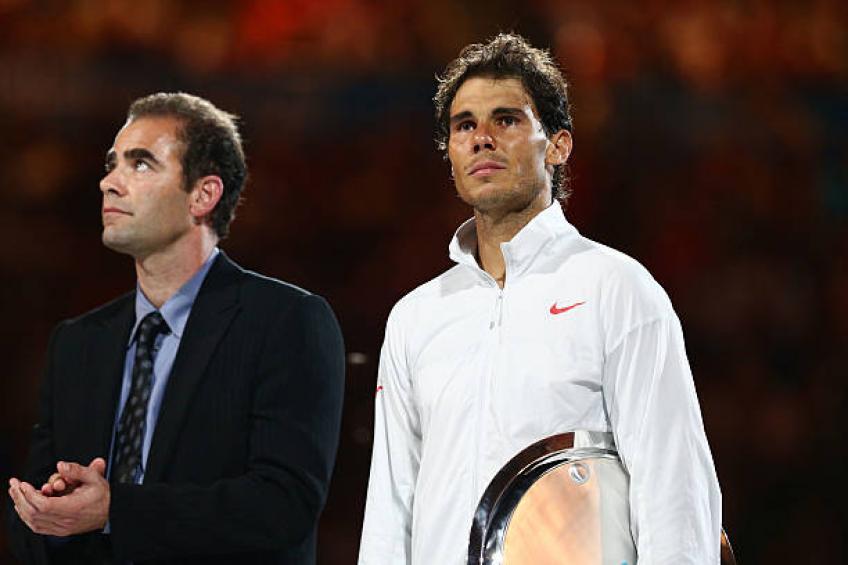 One of the big goals of the Big Three in the finale of their career is the record of Grand Slam titles. Roger Federer is still at the top of the all-time rankings with 20 titles, while Rafael Nadal and Novak Djokovic are now getting closer and closer to equaling him.

The Spanish champion could reach 20 Majors by winning the Roland Garros for the 13th time, scheduled for the end of September due to the Coronavirus emergency. The world number 1 has a gluttonous chance to triumph at the US Open, having won the Australian Open earlier this year.

Many are wondering who will win this race. Recently, Pete Sampras and Tim Henman had a fantastic conversation on the ATP Champions Tour. During the interview, the two former champions - formerly great rivals on the field - also expressed their opinion on the Grand Slam record.

Pete Sampras: "We don't know how long Federer will continue to play"

“Novak Djokovic and Rafael Nadal are younger than Roger Federer, who knows how long the Swiss will continue to play. If Novak plays for another five years and Rafa has no injuries, they can easily exceed 20.

I know that Roger is already at 20, but I think they will be able to overcome him ”- began Pete. Henman also offered his point of view on the subject: “I think Rafa has had more physical problems than the others, so he's a fairly susceptible player to injuries.

As for Novak, he is aging too, but he is still dominant, I think he has won 5 of the last 7 Slams played. He is a very difficult opponent to beat despite the passage of time ”- explained the Brit. Nole has repeatedly reiterated her desire to beat Federer's Grand Slam record, as well as surpass it in the ranking of weeks at the top of the ATP rankings.

Without the very long suspension due to the pandemic and the freezing of the rankings, Djokovic could have surpassed Roger's weeks (as number 1) already this season. Meanwhile Novak Djokovic, Denis Shapovalov, Alexander Zverev, Daniil Medvedev, Felix Auger-Alisassime, Dominic Thiem, Angelique Kerber, Naomi Osaka, Petra Kvitova, Sofia Kenin, Victoria Azarenka and Serena Williams all reached the fourth round of the US Open 2020 men's and women's singles.