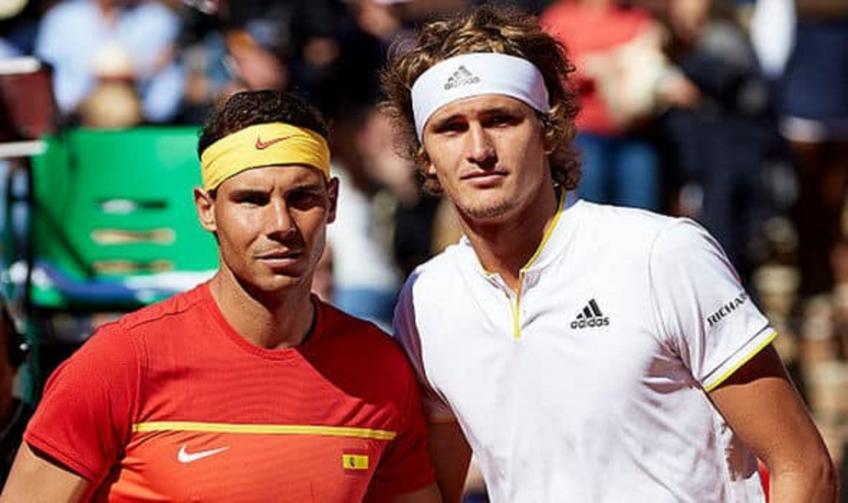 With the absence of Roger Federer and Rafael Nadal, German tennis player Alexander Zverev is one of the main candidates to challenge the world number one and tournament favorite Novak Djokovic. The young tennis player won in four sets offering a good performance against the young talent Nakashima and thus won the pass for the third round of the tournament.

At the end of the match, the German appeared quite optimistic at the press conference.

Zverev dealt with many themes and he began by praising his opponent: "I was very surprised by Nakashima's serve, even if he is not very strong I must say that he is very effective.

He manages to position it very well and has a very interesting second serve. He is young and he needs to keep growing but I believe he will soon enter the Top 100 and I see him with everything he needs to enter the future Top 20.

He has an incredible backhand, I haven't seen an American at that level in years. On the new tennis association: "I think it is positive that we tennis players want to unite, the effort that Djokovic and Pospisil have made to advance this idea is positive and above all Novak has great merits.

It shows the kind of person he is and I'm glad you're working on the future of tennis. I haven't signed the document, but I will continue to inform myself about it, it seems like a good idea. Absence of Federer and Nadal? It is clear that the fact that they are not there creates a big impact on the tournament, but I think we have the opportunity to show that tennis can be attractive without them.

We talk about a different tennis in many ways, but at some point they will retire and we will have to get used to their absence "Then at work with David Ferrer:" I have respected and admired David a lot in his tennis career, we have collaborated for several months and I had great sensations.

His work is excellent and I felt like I haven't felt in years. I'm really happy that he's on the team with me." Meanwhile Novak Djokovic, Denis Shapovalov, Alexander Zverev, Daniil Medvedev, Felix Auger-Alisassime, Dominic Thiem, Angelique Kerber, Naomi Osaka, Petra Kvitova, Sofia Kenin, Victoria Azarenka and Serena Williams all reached the fourth round of the US Open 2020 men's and women's singles.