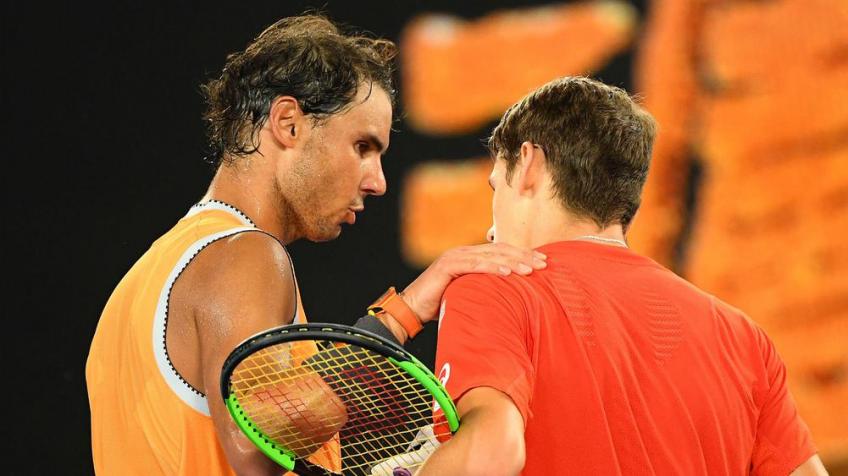 How can you feel to face the Big Three Rafael Nadal, Roger Federer and Novak Djokovic? Alex de Minaur who is ready for season's restart in August, have you tried to answer this question. He is seeking big titles and notable wins against the higher-ranked opponents.

The Aussie has spent the last four months at home in Alicante, looking forward to hitting the court again and play at his best after an injury that sidelined him from the Australian Open. The young Australian is aware you have to work on your game every day, placing big goals in front of you and always trying to improve to remain competitive and challenge the rivals from the top.

Ranked outside the top-200, de Minaur kicked off the 2018 season with the semi-final run in Brisbane and the final in his native Sydney, showing his full potential and attacking high ranking positions by the end of the season.

De Minaur played in the third round at Wimbledon and the final in Washington, earning enough points to stand on the verge of the top-30. Alex secured the spot at the Next Gen Masters in Milan, defeating Liam Caruana, Andrey Rublev, Taylor Fritz and Jaume Munar to reach the final, losing to Stefanos Tsitsipas in four sets.

In the season behind us, Alex displayed his abilities again, scoring 41 wins and cracking the top-20 in the closing stages after three ATP trophies in Sydney, Atlanta and Zhuhai.

Alex was a member of the Australian ATP Cup squad in January, beating Alexander Zverev and Denis Shapovalov before experiencing tight losses to Daniel Evans and Rafael Nadal.

With an abdominal tear injury, the youngster had to skip the Australian Open, staying away from the court until Acapulco. There, he lost to Miomir Kecmanovic in the first round, not playing official matches ever since due to the coronavirus and hoping to change that in Washington in August.

"Every day counts. You don't realize that at such a young age, but as soon as you start maturing a bit and you have a couple more years of experience, you understand that if you want to be at the top and you want to play against these top guys, you've just got to improve all the time," said de Minaur.

"You can't be satisfied with your level; you have always got to want to push for more and strive for higher rankings, higher-level matches and hopefully beat higher-ranked opponents. There are always ups and downs in the journey but you just have to keep pushing through.

It's not always going to go your way. Still, if you have the right mentality and you positively look at things, sort of putting yourself in the right direction, that's the most important thing."