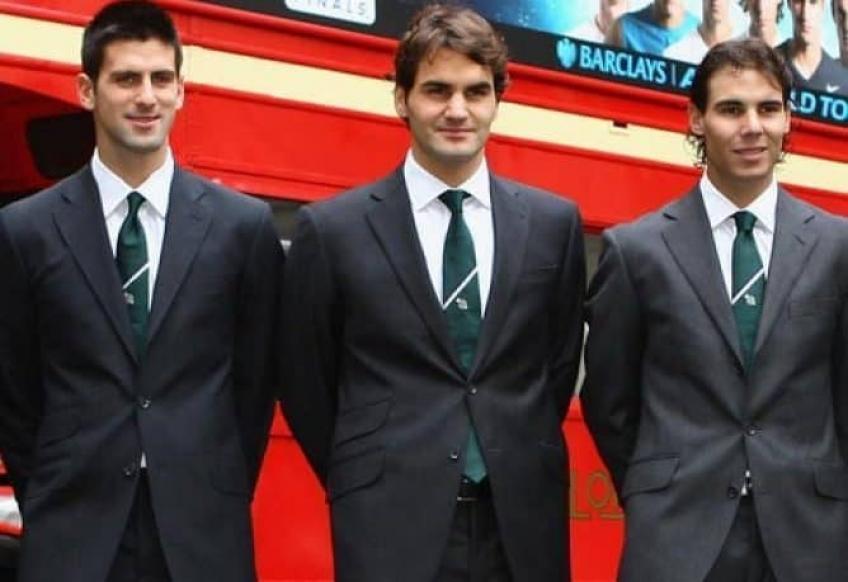 Novak Djokovic has won 17 Grand Slam titles, 35 Masters 1000 tournaments and 5 times the ATP Finals in the era marked by the exploits of Roger Federer and Rafael Nadal. Without wishing to enter into the dynamics that lead many people to idolize one tennis player rather than another, it is impossible not to be aware of the two consequences caused by Djokovic's breakthrough at the top of tennis.

On the one hand, there are those who consider it a merit to have managed to contrast the dominance of the two legends; on the other hand, those who even blame him for it.

Becker talks about the press's treatment of Federer, Djokovic and Nadal

Boris Becker knows Djokovic very well and believes that the press treatment of him is not always correct.

"I think the tennis world is divided between Federer fans and Nadal fans," Becker said in a virtual press conference and in the words quoted by Punto de Break. “Djokovic arrived and joined the party. Media criticizes him for many things.

Many journalists, for some reason, seem to love Federer and Nadal more than Djokovic. But this depends on them ”. The conversation then moved on to PTPA, the new organization created by Djokovic to guarantee all less fortunate players greater recognition of their rights, especially at an economic level.

“I think Roger and Rafa are not very interested in the political question. They are more focused on their history and their career. Many people believe that this is the right thing for them to do, but on the other hand they are the most famous faces in our sport.

Everyone is different. Djokovic, Federer and Nadal have a different way of thinking. What I would really like to see is the union between the male and female circuits ". Becker finally expressed his opinion on the new favorites of the US Open.

"Now a new horizon opens up. None of the players on the draw have ever won a Grand Slam before, so it's a new situation for everyone. I can't say a particular name. We are in a situation never seen before. In the standings, Thiem would be the number one seed, but he has never been in the semifinals here.

I firmly believe that everything is very open." Rafa Nadal had decided not to participate in tournaments on American hardcourt mainly for two reasons: the first linked to the high number of infections that can be counted in the USA and in the state of New York; the second for fear of a possible quarantine at the end of the US Open that would not allow him to have the time necessary to train on clay in view of the European tournaments.