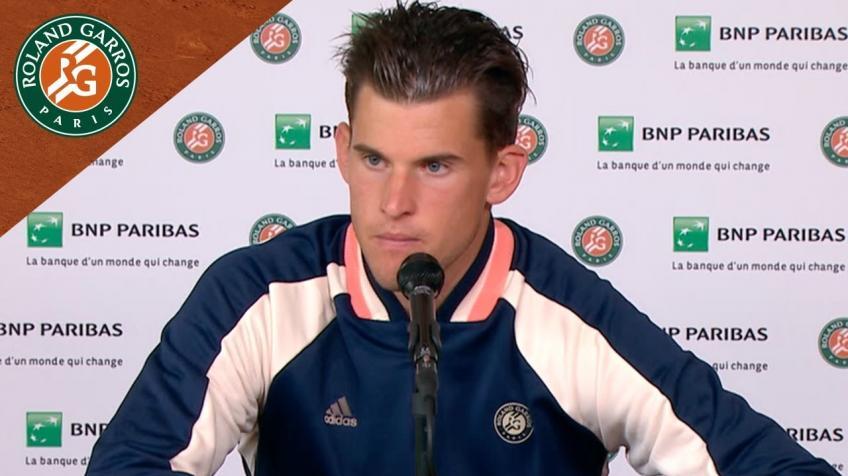 Dominic Thiem won his first Grand Slam title at the US Open this year. The Austrian did not have very lucky at Roland Garros and was placed in a really tough part of the scoreboard, just think that in the first round he will face Marin Cilic.

Despite this, it's hard not to put Thiem on the list of favorites, especially considering his potential on clay. However, the playing conditions of this strange edition of the French Open will be monitored, where the temperature will be lower and the balls different than usual.

“It won't be easy for me,” the world number three explained at a press conference. “From a certain point of view I have just achieved a great goal in my career.

I feel happy and relieved. I celebrated at home with family and friends. On the other hand, I'm here and this is a new tournament in which I've been doing great in recent years. And I want to do well this year too. I care about it a lot.

I tried to disconnect for a while but not for too long. I'll see how I can manage emotions. I haven't played well in the past after last year’s big wins in Indian Wells and Vienna. I always went wrong the following week. I will try to make things go differently here in Paris.

I will already try to be in top form from Monday. ”Thiem then spoke about Rafael Nadal, the absolute favorite in Paris. "I think he's always the favorite when he's good on clay. He's won here 12 times, which is incredible.

He's the best player ever on clay. Of course there have been some changes. The balls are a bit different. The previous ones were my favorite and were perfect for my topspin. I think Rafa also liked them a lot. Also, it can rain a lot.

So it will be harder for him. But I would also prefer faster playing conditions. With this Rafa is the favorite ahead of Novak. Then I suppose there is me, Sascha, Daniil and Stefanos." Meanwhile Rafael Nadal sets out to attack the 13th Roland Garros title on the clay-courts of Bois de Boulogne, by defeating Egor Gerasimov.