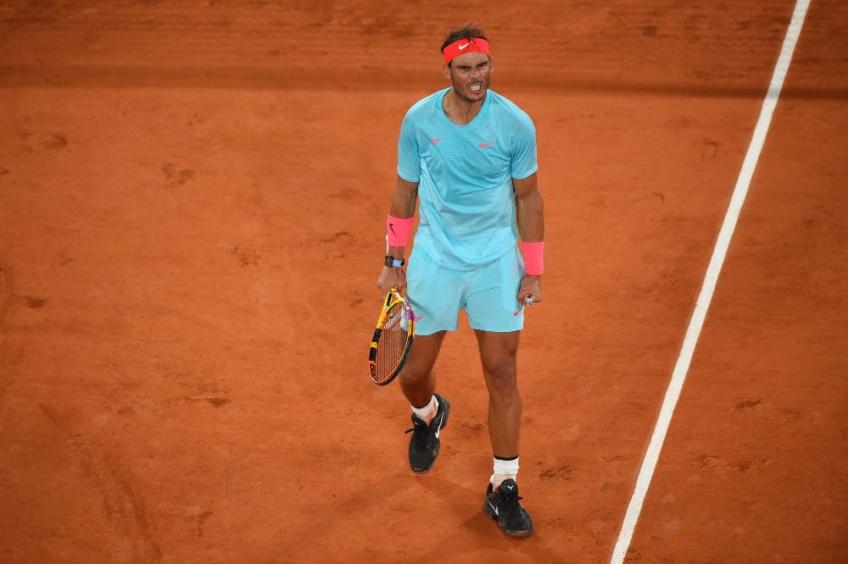 The Spaniard Rafael Nadal defeated Jannik Sinner in three sets and thus qualified for his thirteenth semifinal at Roland Garros, where he will now find the South American Diego Schwarzman, in the rematch of the game recently staged in Rome.

Jannik has several chances to go forward and also serves for the set in the first set, but he pays for the inexperience and mental strength of the Spanish champion who rises to the chair in important moments and qualifies for the semifinals where he can challenge, in a rematch of the Internationals of Italy, the Argentine Diego Schwartzman.

The match ends with the result of 7-6; 6-4; 6-1. Sinner starts the match with ease and without suffering the weight of the opponent and in the fifth game he has the first break point of the match immediately showing great character.

Nadal cancels, but shows a particular annoyance on the blue ball. In the first games Sinner often looks for the short ball, a shot that gives him several winners. The Italian holds up the blows with Nadal struggling on Sinner's stones and the blue in the eleventh game moves forward at the third break point.

Jannik serves for the set and suffers a bit from the emotion, commits a few small mistakes and Nadal takes advantage of it. We go to the tie break. Sinner starts well, but as always Rafa increases the pace in important moments and goes to 4-2.

The current number two of the Iberian world found himself under a break in the first two halves, but still managed to bring home the match 7-6 6-4 6-1. "Sinner was hitting the ball very hard and it was really difficult for me," Nadal later said.

“As we know, because of the cold the ball has less effect and it was difficult for me to get it out of its position. I think I did a lot better in the third set and ended up playing really aggressive." Sinner had never participated in the Roland Garros event: before this tournament, his best result in the Grand Slam events was the second round of the 2020 Australian Open, defeated by the Hungarian Marton Fucsovics.

Thanks to the quarter-finals held in Paris, Jannik will enter the world top 50 for the first time. At the International BNL of Italy, the Italian had beaten Benoit Paire and the Greek Stefanos Tsitsipas, before falling in the round of 16 against Grigor Dimitrov, victorious in a comeback.

Sinner also took part in the US Open in New York, where he was immediately stopped by Russian Karen Khachanov in the fifth set, after being two sets ahead. The global Coronavirus pandemic severely compromised the entire tennis season, also leading to the cancellation of Wimbledon (for the first time since 1945).

Today there are more than one million deaths worldwide, with infections that have recently exceeded 35 million. The United States remains the country most affected by the virus: here, the victims are over 210 thousand while the infections are slowly starting towards eight million.