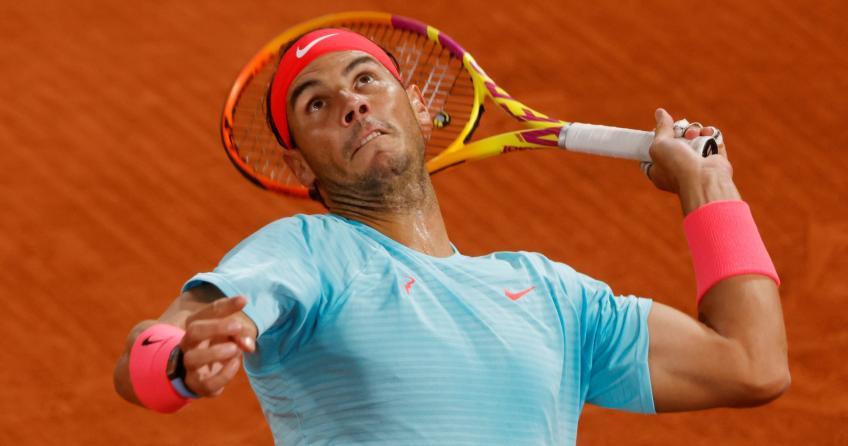 In a recent interview with Tennis Majors, famed coach Patrick Mouratoglou revealed why Rafael Nadal is nearly impossible to beat on the Roland Garros clay-courts. Here are his statements about it: "Compared to other tennis players, Rafael Nadal also trains for 4-5 consecutive hours, it's really hard to do it and there are few who perform this training.

I remember that in some tournaments he stayed on the field to train much more of colleagues and this is crucial in a tennis match-" Nadal has an aura of invincible on the tennis courts, asked what it takes for a tennis player to beat Nadal at Roland Garros.

Mouratoglou replied: "You have to be extremely aggressive and you have to be able to win in three sets, perhaps without making many forced mistakes. I am aware that you are unlikely to win all three sets playing like this, so you have to play 4 or 5 sets at the same intensity, at the same level and maintaining different risks throughout the game.

Rafa almost always sends the ball back and will make you work constantly throughout the match." Confronting Rafael Nadal on clay is never easy, even worse in five sets. It is difficult on every surface but it is very hard against Rafa on clay where he leaves no way out for his opponents and quickly pounces on them.

It is different because on other surfaces Rafa uses his tactical skill to stop opponents.

With the victory against Jannik Sinner in the quarter-finals, world number 2 Rafael Nadal achieved his 98th success in 100 races on the Roland Garros fields, an incredible journey that will hardly be equaled in history.

Against Sinner Rafa had some difficulties especially in the first set, but then the experience and the 100 games played in this tournament made themselves felt with the Italian who collapsed at a distance. Nadal's win rate at Roland Garros is superhuman and the Iberian has reached the semifinals where he will face Argentine Diego Schwartzman.

The tennis player thus begins the search for his 20 Grand Slam and his 13 Grand Slam on Parisian clay. Thanks to the victory against Diego Schwartzman in the semifinal of the Parisian tournament, Rafa has reached his 13th final at the French Open, the 4th in a row: a super match today, with Rafa facing Novak Djokovic.

They will play their 56th challenge of their rivalry, with a very hight post: the thore of the Roland Garros 2020, Roger Federer's record and a new record in the golden book.