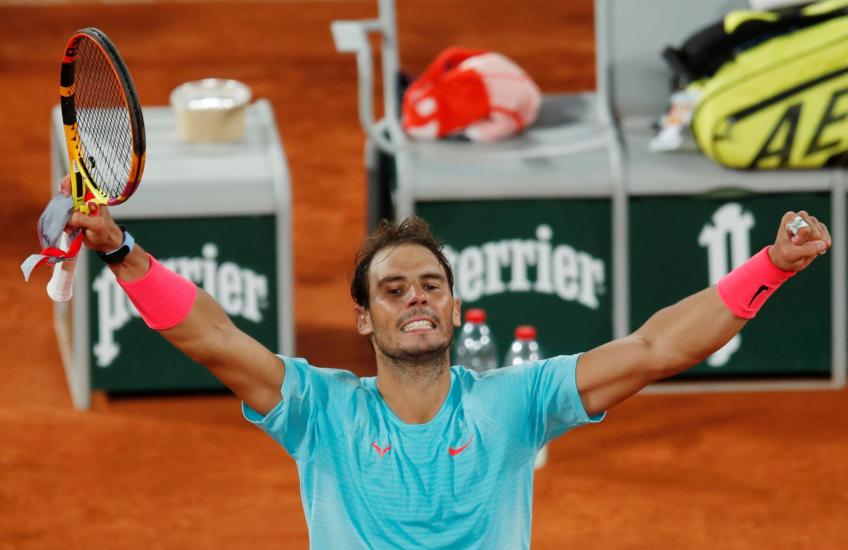 Every year we find ourselves updating Rafael Nadal's crazy stats at the Roland Garros. By beating Novak Djokovic in three sets in the 2020 final, the Spaniard won his 13th title in Paris and 20th career Grand Prix, equaling the record of eternal rival Roger Federer.

Incredible numbers that only partially testify to the magnitude of the Majorcan phenomenon, which also sealed its 100th victory in the French capital. In one fell swoop, the former world number 1 dispelled all the doubts that had arisen about his condition after his premature elimination at the Internationals of Italy.

Nadal: "I'd like to end with more Slams than Federer and Djokovic"

“My preparation for this tournament was not ideal, but my level has improved match after match. I played at an incredible level in the first two sets, otherwise it would have been impossible to inflict that score on someone like Nole.

I played at the highest level when I needed it most, this makes me very proud "- commented the Iberian. “I'd like to finish with more Grand Slams than the others, but I don't think too much about what Federer and Djokovic are doing.

You can't be sad because the neighbor has a bigger house or boat than yours. I try to follow my own path and give my best. I am a fan of the history of this sport and it is an honor for me to share this record with Federer. I'm even happier because the conditions weren't right for me.

My body doesn't respond in the same way to cold. My approach to the tournament was good and my tennis accompanied me when it was needed "- he specified. In some ways, it is an almost unexpected success for Rafa: “If a month and a half ago they had told me that I would have this cup in my hand, I would not have believed it.

Everything changes very quickly in life. I appreciate the support of my team, because it is not easy to train without a certain program. They supported and encouraged me in those moments, I dedicate the title to them. Staying stationary for more than two months cost me a lot, it took a long time to find an adequate level.

I have been working very well for a month and a half and this milestone means a lot to me ”. When asked about the continuation of his season, Nadal gave no guarantees: “I have no idea of â€‹â€‹my schedule.

I don't know where I will go and what I will play. I might even stay put until 2021, I haven't decided yet. I will have to speak to my team and my family in the coming days. It will be important to take the right decisions calmly ”.