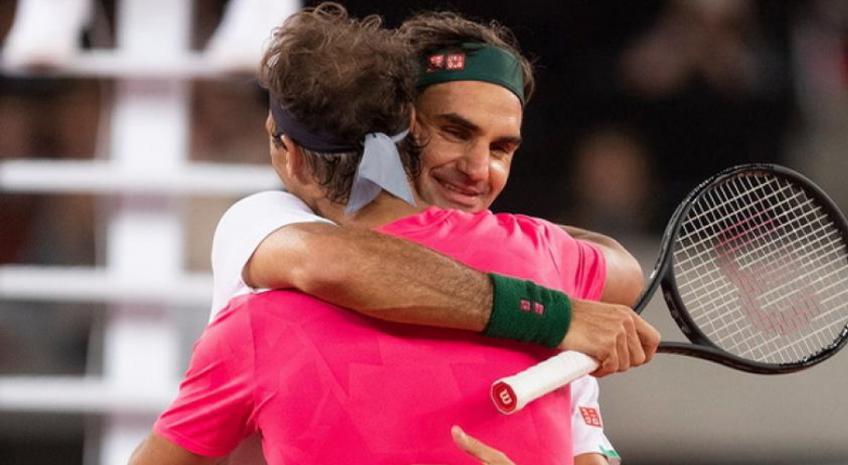 Swiss tennis superstar Roger Federer showed his class even away from the courts. Immediately after his win at the Roland Garros 2020, with Rafael Nadal equaling his record for Grand Slam titles, the Swiss congratulated the Spaniard on winning his 20th Major title.

No. 2 seeded Nadal swept away Novak Djokovic 6-0 6-2 7-5 in the final in the final of the French Open, thus lifting his thirteenth Roland Garros trophy. Federer immediately commented on social media: "I have always had the utmost respect for my friend Rafa as a person and as a champion.

Having been my biggest rival for many years, I believe we pushed each other to become better players, "Federer tweeted." Therefore, it is a real honor for me to congratulate him on his 20th Grand Slam victory. "

"It is particularly surprising that he has now won Roland Garros 13 times, this is one of the greatest achievements in the sport," Federer wrote.

"I also congratulate his team, because no one can do it alone. I hope 20 is just another step in the continuous journey for both of us. Well done, Rafa. You deserve it." Djokovic was impressed with Nadal's performance and during the awarding described the result as "stunning": "He (Nadal) keeps moving forward.

Is fantastic. I mean, I admire all of his achievements, I mean, especially here. It is an astounding record what he has achieved in this field. He has lost twice in his entire career. By winning 13 times, yes, there isn't much to say.

All the superlatives you can use, he deserves them "Djokovic played a lot of drop shots, mixing and trying to break Nadal's rhythm but nothing worked:" I wanted to somehow disturb his rhythm, of course. But he was ready. He was there, he was prepared.

He was hitting all the shots in the best way today. It's just one of these days where you just have to say, Chapeau, and well done, "added Djokovic. Some believed that this would be the year Djokovic would beat Nadal in a French Open final:" I was also thinking that these conditions were more favorable to me.

I felt great throughout the tournament. But, yeah, I mean, Rafa proved everyone wrong. That's why he's a great champion. He just played a fantastic match today," admitted Djokovic.