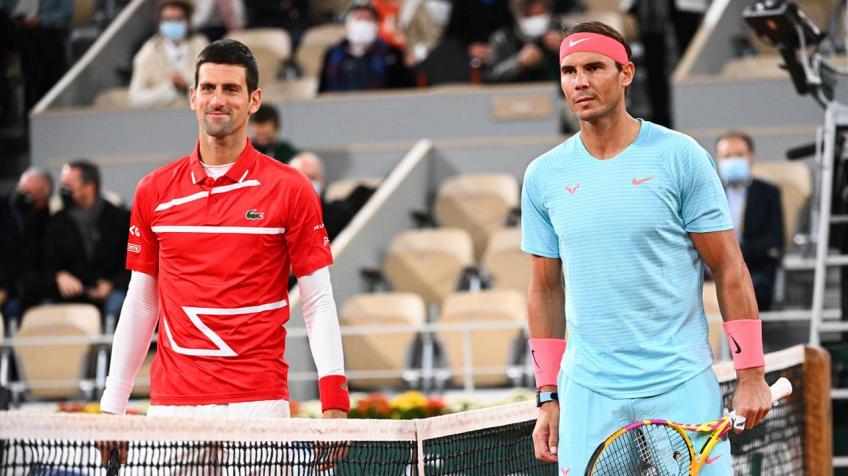 Novak Djokovic came out with broken bones from the 2020 Roland Garros final, having shattered the dream of winning his second title in Paris after the success in 2016. The world number 1 was looking to become the third man in history to have won them all and four Grand Slams for at least two times.

The Serbian phenomenon made just seven games in today's final against Rafael Nadal, the author of a simply devastating performance that earned him his 13th crown in the shadow of the Eiffel Tower. At the press conference, Nole did not want to make excuses, acknowledging the enormous merits of his opponent.

Djokovic: "I admire Nadal for everything he accomplished in Paris"

"There isn't much to say. I was completely blown away by Rafa, who was the best on the field today. The truth is that his approach to the match really surprised me, as well as not having done anything wrong tactically.

I feel like I could have played better in the first two sets, but the quality of his tennis was incredible, he played a perfect match. I had a few chances in the third set, but he deserved the victory ”- said the 33-year-old from Belgrade.

“Maybe I didn't build points in an ideal way, but it all comes from his exceptional defensive qualities. I tried to shorten the rallies, but many shots that would have been successful against most of the opponents came back.

I tried to make some tactical changes using the drop more than normal, but he was ready. On days like these you can only compliment him ”- he added. The 17-time Grand Slam champion felt physically well: “I was 100% ready for this match, but today I was beaten by a perfect player, there is no other explanation for this result.

I try to follow correct values ​​in my life and have an open mind and willing to change to be the best human being possible. I am very grateful for what life has in store for me, regardless of today's defeat. I know very well that it is impossible to please everyone, I understand it perfectly and I realize I have defects, but I am satisfied with my way of being and behaving."

Djokovic finally praised Nadal's record: “I deeply admire Rafa for all his results, but above all for what he was able to achieve here. He proved that he doesn't care what conditions you play here, he's always the best. I can only say that it is incredible."

Thiem: 'Rafael Nadal is watching time pass and ... "
Rafael Nadal and the PlayStation come back!
Hantuchova: "Rafael Nadal will not lose sleep because of the ATP Finals"
Ruusuvuori: "Rafael Nadal's ability to focus is amazing"
THIS WEEK MOST POPULAR
PHOTOS
Here are the pics of Rafael Nadal's new yacht!
Rafael Nadal explains how he copes with sleep problems during tournaments
Rafael Nadal: "You will decide my shots in a live!"
Italian Open Draw: for Rafael Nadal there is immediately Pablo Carreno-Busta
Soderling: "There are no words to describe what Rafael Nadal did"
ATP Paris Bercy: Rafael Nadal a 1000 and one night!
Could Toni Nadal join Barcelona Fc