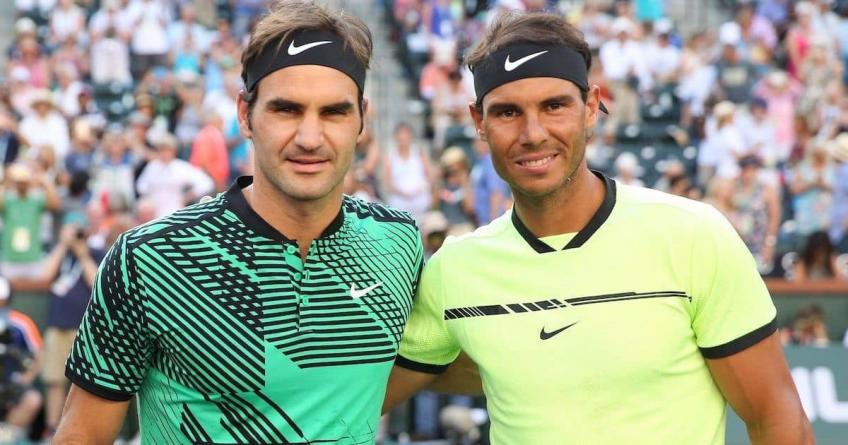 It was since 2009 that the Swiss Roger Federer held the record for the highest number of Grand Slam tournaments won in his career: 20, which could have become 21 if only he had converted the two match points in the 2019 Wimbledon final.

But this is a thing of the past. Rafael Nadal has now managed to equal him, winning his thirteenth Roland Garros out of fifteen participations. Scary numbers for Rafa in Paris: at the Bois de Boulogne, the Spaniard won 100 of the 102 games played in total.

An absolute domination, which is unprecedented in the history of this sport. In a new interview on the ATP website, Nadal talked about his relationship with Roger Federer, with whom he played an exhibition match last February in South Africa, on the occasion of Match in Africa 6.

The new Roland Garros champion said: “Roger and I have had a great relationship for many years. We have great admiration for each other. We have shared many of the most important moments in our careers together, challenging each other to the point of creating a rivalry that has gone beyond the boundaries of tennis.

We value and appreciate it in a special way. Equalizing him at 20 Slam means a lot to me, it's a great honor. It is something wonderful ". Today, the precedents between Federer and Nadal are 24-16 in favor of the Majorcan: the last match was staged in the semifinal of Wimbledon 2019, won by Roger in four sets.

The Swiss will only be back on the pitch next season, after a twelve-month break. In this 2020, Federer took part exclusively in the Australian Open in Melbourne, defeated in the semifinals by Novak Djokovic. Do not forget the next appointment with the Tokyo Olympics, postponed by a year due to the global Coronavirus pandemic.

After the conclusion of the French Open, the men's circuit has now moved to Germany and Santa Margherita di Pula, Sardinia, for two ATP 250 events. Novak Djokovic on Rafael Nadal's career "There isn't much to say. I was completely blown away by Rafa, who was the best on the field today.

The truth is that his approach to the match really surprised me, as well as not having done anything wrong tactically. I feel like I could have played better in the first two sets, but the quality of his tennis was incredible, he played a perfect match.

I had a few chances in the third set, but he deserved the victory ”- said the 33-year-old from Belgrade. “Maybe I didn't build points in an ideal way, but it all comes from his exceptional defensive qualities. I tried to shorten the rallies, but many shots that would have been successful against most of the opponents came back.

I tried to make some tactical changes using the drop more than normal, but he was ready. On days like these you can only compliment him ”- he added. The 17-time Grand Slam champion felt physically well: “I was 100% ready for this match, but today I was beaten by a perfect player, there is no other explanation for this result.

I try to follow correct values â€‹â€‹in my life and have an open mind and willing to change to be the best human being possible. I am very grateful for what life has in store for me, regardless of today's defeat.

I know very well that it is impossible to please everyone, I understand it perfectly and I realize I have defects, but I am satisfied with my way of being and behaving." Djokovic finally praised Nadal's record: “I deeply admire Rafa for all his results, but above all for what he was able to achieve here.

He proved that he doesn't care what conditions you play here, he's always the best. I can only say that it is incredible."