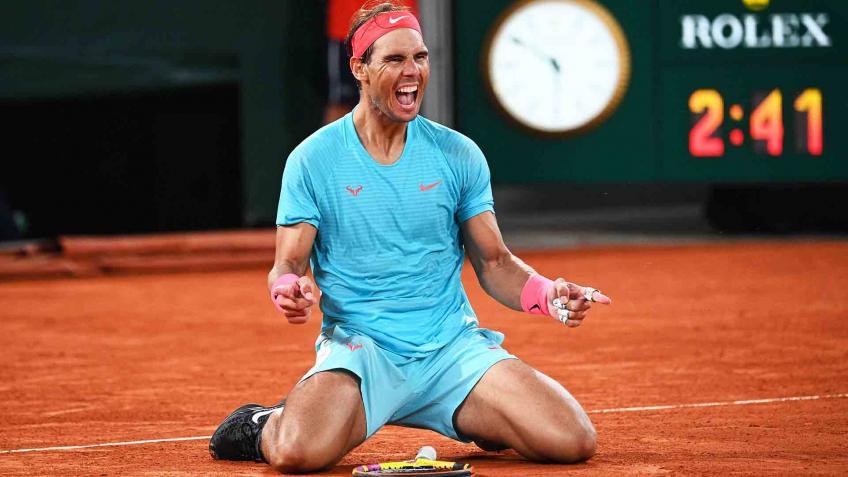 Rafael Nadal, who only returned to the circuit from the tournament in Rome, spent the two weeks at Roland Garros with Carlos Moya and physiotherapist Rafael Maymo, his only companions in the Paris bubble. He said: "For me, it was harder than Carlos and Rafael,” confessed Nadal today, interviewed by the ATP.

Rafael Nadal and the PlayStation come back!

Rafa the added: "I am a person who prefers to be with others more. Moya could always get by on his own, the same for Maymo. For me, it was more difficult. The days seemed longer than them, but we rediscovered things we had forgotten.

It was three years since I last picked up a PlayStation controller and we played it together a lot. We also read all the latest news and watched several series to kill time." Carlos Moya, 44 years-old, won the 1998 edition of Roland Garros, defeating compatriot Alex Corretja in three sets in the last match.

Already number one ATP, Moya also reached the final of the 1997 Australian Open, beaten by Pete Sampras. The Spaniard, who has been a member of Nadal's team for some years now, has managed to defeat the Majorcan on two career occasions (the last in 2006).

Rafa may have closed the season after the Roland Garros 13th title, as he himself admitted at a press conference. There is still uncertainty about this, but the Spaniard should skip the Rolex Paris Masters and the ATP Finals, to reach Melbounre in 2021 for the upcoming edition of the Australian Open, like Roger Federer, who should come back just for the Australian Slam.

As we know, world number two Rafael Nadal won his thirteenth Roland Garros title and twentieth Grand Slam trophy, beating Novak Djokovic in the final by a score of 6-0 6-2 7-5. Due to the risk of contagion from Coronavirus, the French Open had to create a US Open-style 'bubble', from which players were unable to escape.

As in all of Europe, the virus has returned to run also in France: to date there are more than 33,000 victims in the country, with almost 900,000 total infections. The tennis season, already heavily compromised in 2020, is now preparing to face the final winter phase, before starting everything again from next year.