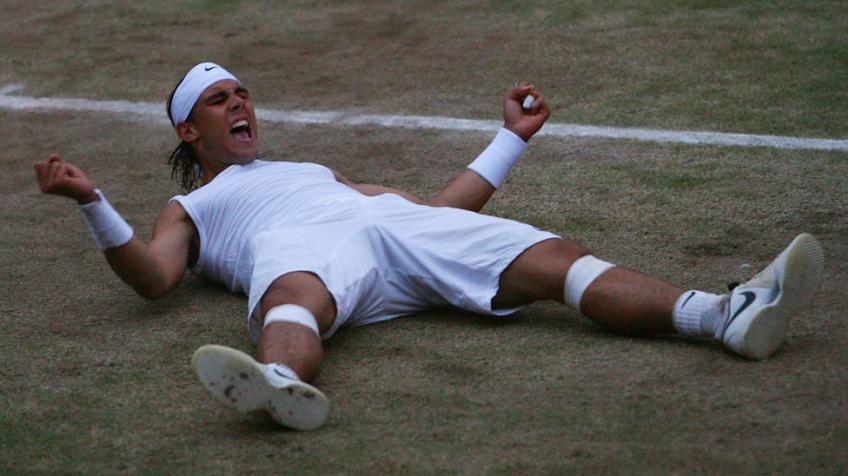 Everyone wonders if Rafael Nadal will play both the US Open and Roland Garros, but today the Spaniard told a curious anecdote about one of his most important triumphs: Wimbledon 2008. Rafa has always proved stronger than any physical and mental obstacle that has appeared throughout his career, and the latest revelation only adds to his legend.

During an interview, The Spanish champion revealed that he had played the start of the 2008 Wimbledon epic final against Roger Federer with an anesthetic, specifically on the foot.
The cause of the impediment was anesthesia, which Nadal had to resort to throughout the tournament.

Rafa explained: "I needed to do the anesthesia before the game because I could not support my foot. The rain made the situation worse because the anesthesia lasted and without anesthesia I could not play. The pain was also in previous games and in fact the days of training I couldn't train." Despite his sleepy foot Rafael Nadal managed to triumph in the final against Roger Federer after a battle of 4 hours and 48 minutes.

Skipping Wimbledon in 2004 due to an injury, Rafa suffered an early loss to Gilles Muller a year later, working on his game and delivering the necessary updates to become a contender on grass.

In 2006, Nadal survived a thrilling contest against Robert Kendrick in the second round, battling from two sets to love down and raising his level to advance into the final. There, Rafa won a set against the defending champion Roger Federer who was victorious in the end, repeating the same outcome a year later when he toppled the Spaniard in the decider.

Determined to transform his improved abilities on the fastest surface into trophies, Nadal would win both the Queen's and Wimbledon in 2008, making a big step on his path towards the greatest players of all time. "It is true that my style of play and my way of understanding tennis had led many people to believe that my game would never be suitable for this surface.

However, both my team and I did notice I was capable of playing well on grass. In the end, confidence and positivity helped me convincing myself that I could play on every surface, including the most extreme one. I made the semi-final at Wimbledon as a junior and reached the third round on professional debut." In career Rafael Ndal won 19 Slams: 12 Roland Garros, 2 Wimbledon, 4 US Open and 1 Roland Garros.