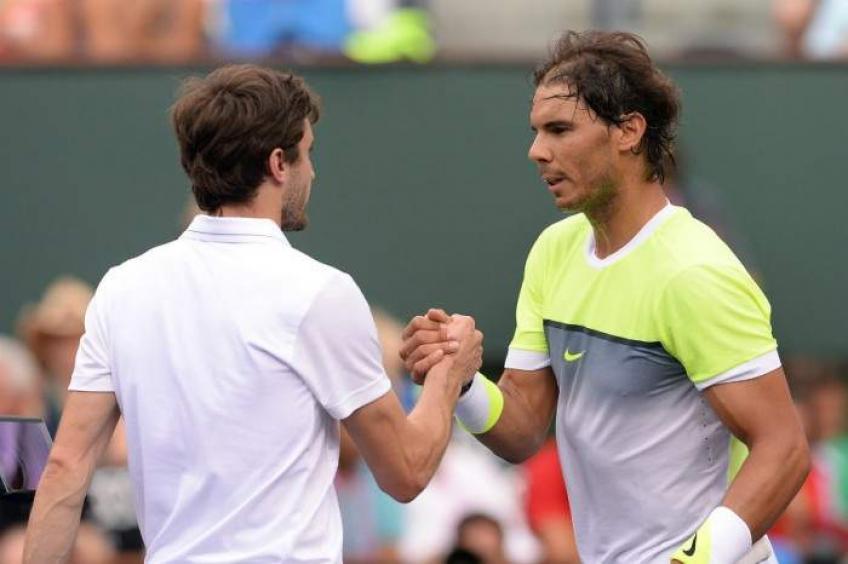 The unprecedented placement of the Roland Garros and the new Wilson balls instead of the traditional Babolat had led many insiders not to consider Rafael Nadal as a favorite for this year's edition. If that wasn't enough, world number 1 Novak Djokovic looked in great shape having won the title at the BNL Internationals of Italy, while the Spaniard was prematurely out in the quarterfinals.

A few weeks later, the Manacor phenomenon would astonish skeptics once again by winning his 13th title in Paris without leaving a single set on the road. The progress of the final is emblematic, with Djokovic forced to scrape together just seven games and suffer a bagel in the first set.

The new book by Gilles Simon will hit the shelves next week, in which the French veteran made some interesting thoughts about Roger Federer, Rafael Nadal and Novak Djokovic. The 35-year-old transalpine believes that some people find it difficult to accept that the Spanish could be considered superior to the Swiss.

Simon: "Federer's physique has little to envy to Nadal's"

"It is difficult for some to conceive that - in terms of the game - Rafa could even be better than Roger" - wrote 'Gillou' "Over the years, rumors of doping have even spread about him" - he ruled.

Simon then pointed out that Federer's fitness at 39 has never been questioned. “I want to emphasize that we never talk about Federer's physique, which has little to envy to Nadal's. Recall that at the Australian Open 2017 he won three games in the fifth set despite being almost 36 years old, it's crazy.

Yet no one became suspicious ”- Simon analyzed. Back in 2006, the bond between Rafael Nadal and the infamous doctor Eufemiano Fuentes had cast shadows on the Majorcan, who has always shown his integrity by successfully defending himself from those who discredited him.

Recently, the world number 2 announced his participation in the Masters 1000 in Paris-Bercy and in the ATP Finals in London. Right after the victory over Novak Djokovic in the final, Nadal explained: “I have not yet decided whether to stop here or whether to continue playing until the end of the season.

I will speak with my team and decide what is best to do with regards to programming. Australian Open 2021? I will do my best to make the right decisions at all times." Nadal himself took care of providing important information on his upcoming engagements.

"It's time for the indoor season. This photo was taken earlier in the day during training at the Rafa Nadal Academy. And yes, I'm preparing for Paris-Bercy." The 20-time Grand Slam winner will therefore participate in the last Masters 1000 of the year and in all likelihood the ATP Finals in London, one of the few major tournaments he has never won in his career.

Nadal will also try to earn points to worry Djokovic and get closer to the first position of the ATP ranking. Never like this year, Nadal will be able to reach the "Masters" tournament in health. The Spaniard has often been forced to give up or otherwise participate in the event that sees the eight best players of the season in play in less than optimal conditions.