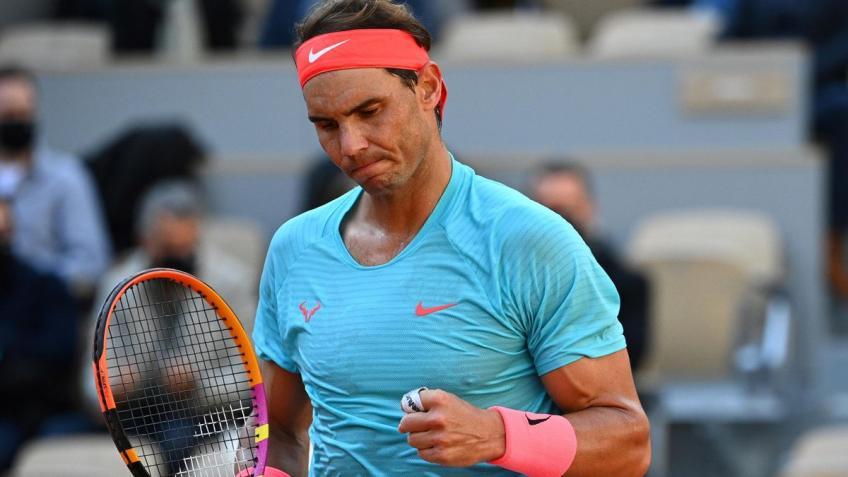 Rafael Nadal winner of the last Roland Garros edition and with the twentieth Slam in his career talked about his relationship with rival and great friend Roger Federer, who will finish with the most Slam titles and how he lives this adventure.

But he also talked about the Slam Race, whoch involved the Spaniard, the Swiss Maestro and the Serb Novak Djokovic. In these days Novak Djokovic is playing the ATP 500 in Vienna, while Rafael Nadal should get a wild-card for the ATP in Sofia.

Engaged in his Manacor before returning to the court for the next ATP Masters 1000 in Paris Bercy, world number two Rafael Nadal discussed many issues at La Resistencia. On the question of who will finish with the most Grand Slams, the journalist Brancano made his personal ranking and he said: "Nadal 24, Djokovic 22 and Federer 21." To this ranking Rafa replied with a smile: "I sign to finish with 24.

Give me a pen and I sign (he laughs). I think you have a lot of faith in him but time passes for everyone, both for me and for Roger and Novak. Djokovic is the one who will probably now have the longest career among the three of us but is also a little behind in terms of Grand Slam titles."

The words of Rafael Nadal and the relationship with Federer

On the relationship with Roger Federer, the number two in the world declared: "These days we often hear each other, obviously we discuss the tennis players' advice and in general about important situations.

The situation today is very difficult, we have to find a solution given the current times and I have to say that lately we have been talking regularly." If Roger will ever return to his level he said: "I see that he is already training and I think he will come back quite well.

How far can it go? Well, you can't know and I don't think anyone can. I don't know how I am, let alone." Rafael Nadal, Roger Federer and Novak Djokovic have dominated the world of tennis for over a decade and indeed about two decades and have probably led to seeing the 3 best tennis players in history in the same era.

The Grand Slam race among these 3 phenomena has fascinated fans for years now and at this moment Nadal and Federer are driving with 20 Slams in front of Novak Djokovic's 17.