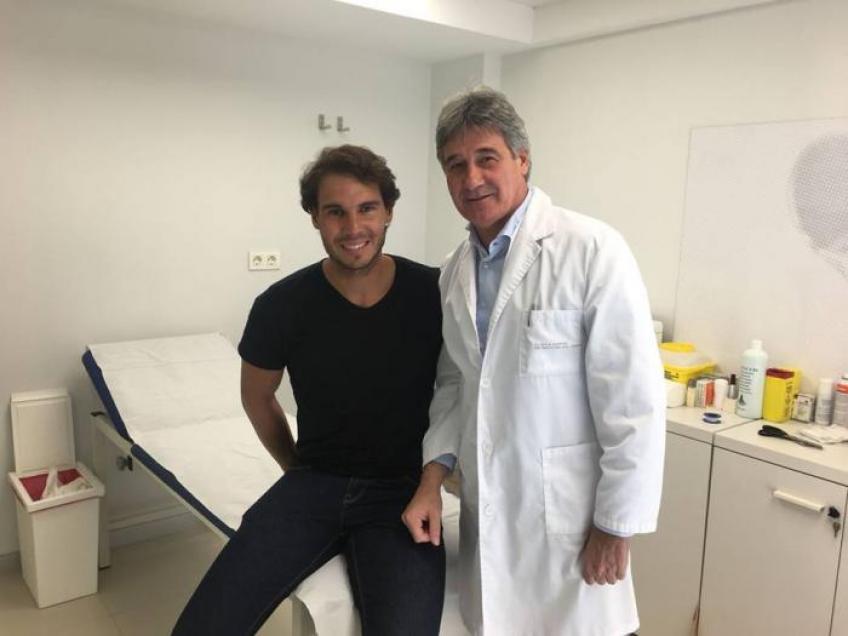 The weeks go by but the congratulations to the world number 2 and recent Roland Garros winner Rafael Nadal do not stop. This time it is the turn of his doctor and in general of the Spanish tennis federation Angel Ruiz Cotorro who has highlighted the value and mental strength of the Iberian champion, certainly considering her as one of the keys to reach the record of 20 Grand Slam tournaments.

Speaking to the microphones of EFE, the doctor spoke thus about Rafael Nadal: "From a psychological point of view, Rafael Nadal has shown for many years that in situations of maximum tension, in the face of the most difficult moments that can exist in sport, in this case tennis is always a step above the others.

Physically Rafa is a marvel because he has qualities that are really difficult to see all in one player, such as aerobic endurance and at the same time great power. I think it's a job that he has done since childhood with the athletic trainer, they were really good." As part of his staff, Cotorro stated that the final against Novak Djokovic represents one of the most important moments in tennis history for both players.

This was one of the main factors in Rafael Nadal's career ." Rafael Nadal now leads the ranking of tennis players with the most Grand Slams in history together with Roger Federer, ahead of the 17 Grand Slams of current world number 1 Novak Djokovic.

The Spaniard, Roger Federer and Novak Djokovic have dominated the world of tennis for over a decade and indeed about two decades and have probably led to seeing the 3 best tennis players in history in the same era. The Grand Slam race among these 3 phenomena has fascinated fans for years now and at this moment Nadal and Federer are driving with 20 Slams in front of Novak Djokovic's 17.

In these days Novak Djokovic is playing the ATP 500 in Vienna, while Rafael Nadal should get a wild-card for the ATP in Sofia. The Spaniard and the Serb should also play at the Rolex Paris Masters in Paris-Bercy and at the ATP Finals in London.

Roger Federer will come back for the upcoming Australian Open 2021, after he skipped the most of this season due to his two knee surgery.