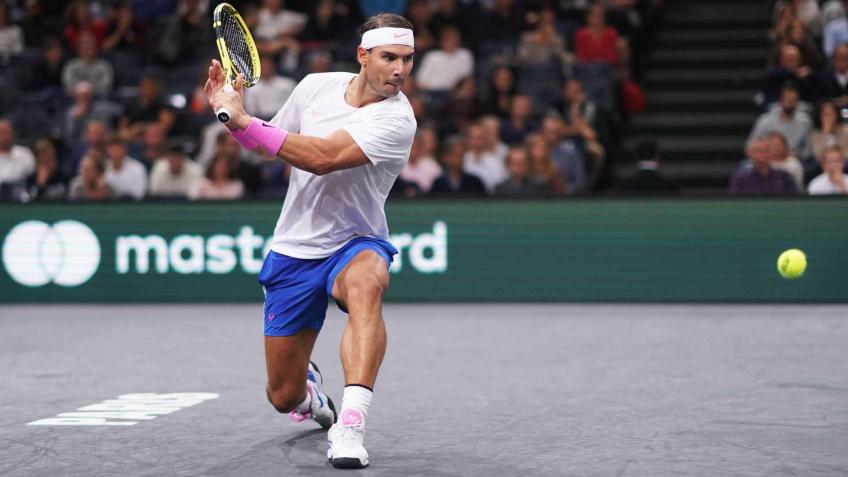 Frenchman Richard Gasquet, 34 years-old, had his best season in 2007, when he managed to grab the Wimbledon semifinal and seventh position in the ATP ranking. Returning to the semifinals in London eight years later, the Frenchman also reached the same milestone at the US Open 2013.

Winner of fifteen major Tour titles, Richard made the final in three Masters 1000 tournaments, losing to Roger Federer and Novak Djokovic. Speaking on the Twitch platform with fellow countrymen Benoit Paire and Gael Monfils, the Frenchman commented on the Big Three's great dedication to this sport.

Richard said: "What impresses me most about the best players in the world is that they continue to stay motivated, every tournament and every week." Dwelling in particular on Roger Federer and Rafael Nadal, the Frenchman continued: "They are incredibly talented and are better at 33.34 years of age than when they were 20.

If you compare the 2005 Nadal with today's Nadal at Roland Garros, they almost look like two different people. Play twice as fast as before and hit the ball early. The same for Roger Federer: we certainly cannot say that his backhand was spectacular as a young man, but now he is no longer wrong.

We do nothing but repeat how much less physical his game is, yet he plays the same sport, applies the same commitment to us, he simply doesn't show it." Paire also briefly talked about the Big 3: "They were certainly all very gifted from the start.

But what's really amazing is how they manage to stay motivated, week after week and in every single tournament. It is difficult for them to lose in the first few games or to throw away a match. Even if they have won ten or twenty Grand Slams each, their determination remains intact.

Federer and Nadal have been winning tournaments for years, and yet they still want to. They are great champions in all respects, the same goes for Djokovic with his serve and everything else. They have done nothing but improve." Rafael Nadal and Novak Djokovic will play this week the Rolex Paris Masters in Paris-Bercy, to then move to London for the ATP Finals.