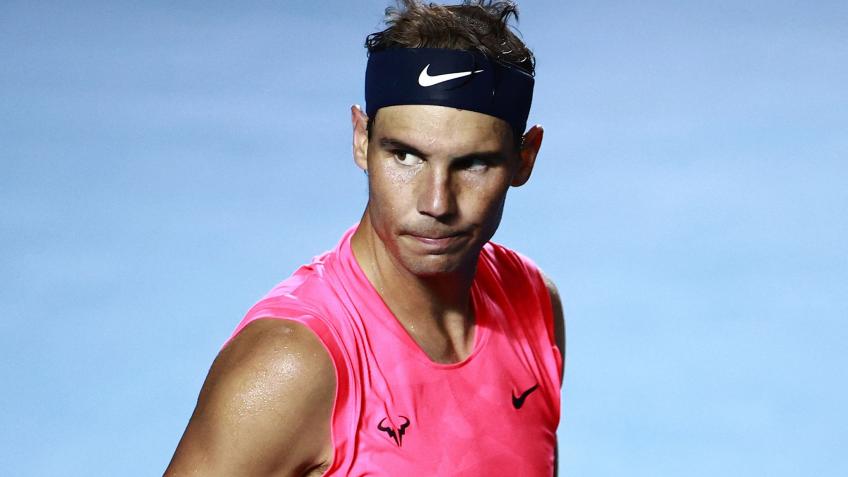 Yannick Hanfmann, born in 1991, currently is in the 143rd position of the ATP ranking. In his career he never passed the first round of a Grand Slam tournament, but he nevertheless played an ATP Tour final in July 2017, when he was defeated by Fabio Fognini 6-4 7-5 in the Gstaad ATP 250 .

In an interview the German tennis player talked about the recent conduct of Alexander Zverev, who, after the cancellation of the Adria Tour due to the many cases of virus between the players and teams, decided to go to self-isolation, but after a couple of days he was filmed together with his loyalty at a party where safety protocols and social distancing were not respected.

Yannick Hanfmann: "Rafael Nadal and Roger Federer would never have done it"

In recent days, Zverev, one of the stars of Novak Djokovic's Adria Tour, has been the subject of numerous criticisms from the world of tennis due to some videos that portray him at a party organized in Monte Carlo, once again without the necessary security measures against Coronavirus.

Hanfmann said: “Sascha is definitely not the favorite of the mass media in general today. But over there, he went even further. When I saw the video, I said to myself, My God, Alexander, so you don't simplify things for us.

I also thought about his tour with Roger Federer when he said he had learned a lot. I think Federer or Rafael Nadal would never have done such a thing." It is useless to remember how the Adria Tour soon became a media case, following the announcement of the virus positivity of Grigor Dimitrov, Borna Coric, Viktor Troicki, Nole Djokovic and his wife Jelena Ristic, as well as Goran Ivanisevic.

The Tour organized by the number one in the world, in which not even the masks were provided, included a game of soccer, a basketball and a disco party, in which almost all members of the tour took part . Alexander Zverev, now number 7 ATP, faced Yannick Hanfmann only once in his career: in the round of 16 of Monaco 2018, the match won by the youngest in the comeback in the third set.

Competitions will officially resume with the City Open of Washington in mid-August. Then the three weeks in New Yorn with the Western and Souther Open and then the long-awaited US Open. Clay-swing will begin in mid-September, with Madrid, Rome and the Roland Garros.