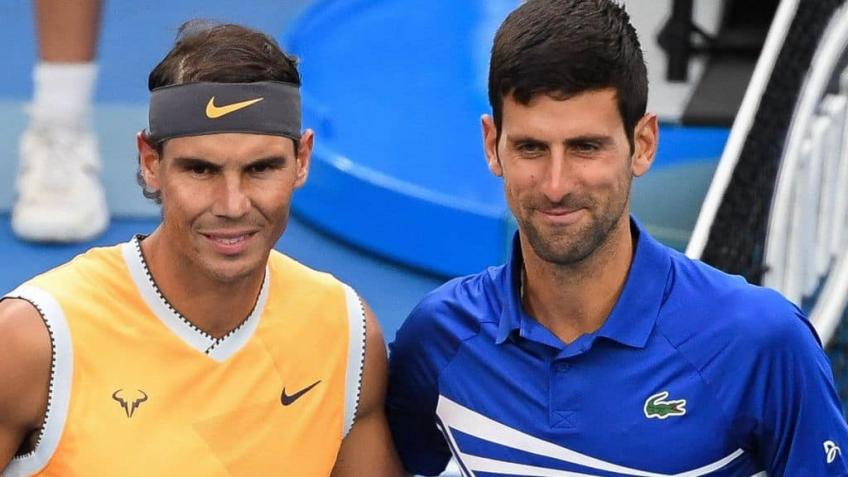 Spanish tennis legend Rafael Nadal talked about several topics in one of his last interviews. Private life, rivalry and not only for the Manacor tennis player who spoke about his land as follows: "I feel deeply of Manacor, Malorcan, Spanish and European.

And I feel four times lucky. Take refuge in other countries? I am Spanish and I am happy to be. Of course, when I get the tax bill I'm less happy! My first memory in Mallorca? I was a child and I was playing with my father. I used to play soccer and basketball in the hallway of the house.

To everything, except tennis." Rafael Nadal bears the name of his grandfather Rafael, a musician: "He was an orchestra conductor, he also directed the tenor Alfred Kraus. I was very attached to him and his death was a terrible pain." Nadal's uncle played for Barcelona and yet Rafa never hid his cheering for Real Madrid: "My whole family has been a madridista for some time.

When uncle played for Barca obviously we cheered for him, but then he returned to Mallorca and there someone stayed with Barcelona and someone found Real Madrid. I respect Cristiano Ronaldo very much, he is not a friend which is a very strong word for me and friends are the kids I grew up with in Manacor.

I respect him so much."

Rafael Nadal on the relationship with Novak Djokovic and Nick Kyrgios

The Iberian player then continued: "I was not angry when Novak Djokovic imitated my tics on the court, I never take offense. What people call tics are my way of putting my head in order which I see as very messy.

They are just a way to focus." On the Madrid quarrel with Berdych and the relationship with Kyrgios: "We actually have a wonderful relationship with Thomas and we also wanted to play doubles together. It's not true that I don't get along with Kyrgios, once I told him what I had to tell him and he finished there.

The truth is that cultivating enmities tired "Retirement? I don't know when I will retire, tennis is a mental game and not mathematics. When the time comes, I'll know. After the retreat I will dedicate myself to the children, our foundation helps the little boys who have problems in society." Rafael Nadal and Novak Djokovic will play this week the Rolex Paris Masters in Paris-Bercy, to then move to London for the ATP Finals.