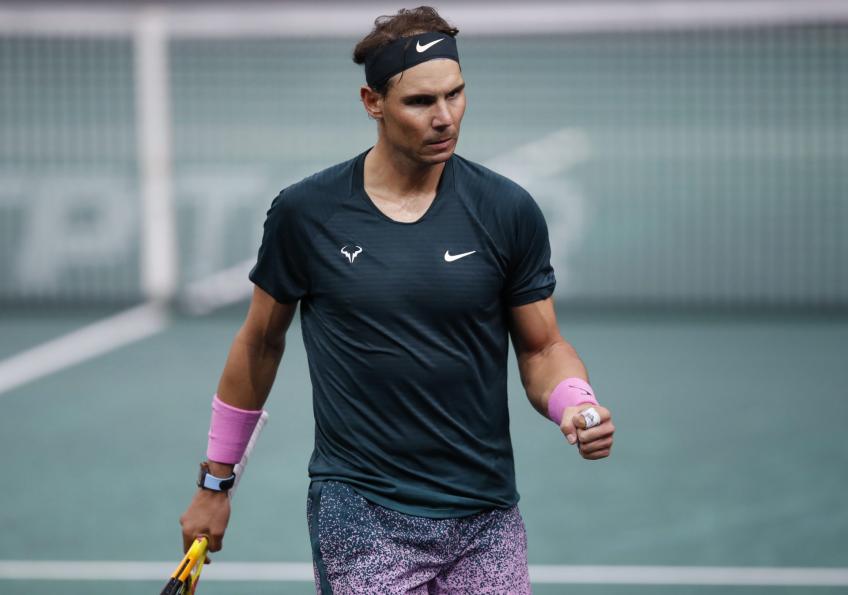 Thanks to the victory in the first round of the ATP Masters 1000 in Paris Bercy, Rafael Nadal conquers yet another record of his career and he reaches the1000 victories in the ATP Tour. It was a more complicated match than expected with Rafa who fought a lot and finished after 3 fairly hard-fought sets against the expert compatriot Feliciano Lopez.

At the end of the match after the congratulations of the opponent and Guy Forget, the tennis player commented on the victory.

Nadal's words about the match against Feliciano

Here are the statements of the Iberian champion: "It was a very difficult start against a very good tennis player on this surface where he achieved excellent results and that he knows perfectly well.

For me it was the first indoor game in a long time, the start was enough in the worst way especially when you face such a skilled opponent in the service. I had a lot of pressure but I took the win and that was the important thing.

When I win matches like these, the satisfaction is greater than in a double 6-3. Sometimes I alternated good serves with others not, I trained very well and I knew it was tough. 2020 was a very busy and at the same time sad year for everyone.

Achieving 1000 wins is a satisfaction because it means they have done things well for many years, now you have to do 1001 and continue like this. Of course, in a situation like this, the public was missing. The key to longevity? It is playing very well for a long time, in my case it is facing the difficult times with various injuries and it is clear that I am proud to have been hungry for so long.I have always kept the illusion and passion and always had the right people to help me in difficult times.

Paris has already given me so many emotions even if in different contexts, now we will see how it goes on." The other matches. Alex de Minaur puts an end to Lorenzo Sonego's march in Paris-Bercy. Fresh from the final under the roof of Vienna (and from the victory against Alexander Bublik) the blue number three manages to collect only ten points in response.

Not to hang on to the tie break during the second set. The final 6-4 7-5 is somewhat emblematic. No particular surprises to register on day-4. Kevin Anderson retires at the foot of the tie break against Daniil Medvedev, Milos Raonic gets rid of Pierre Hugues Herbert with a double 6-4, reaches eleven consecutive victories.