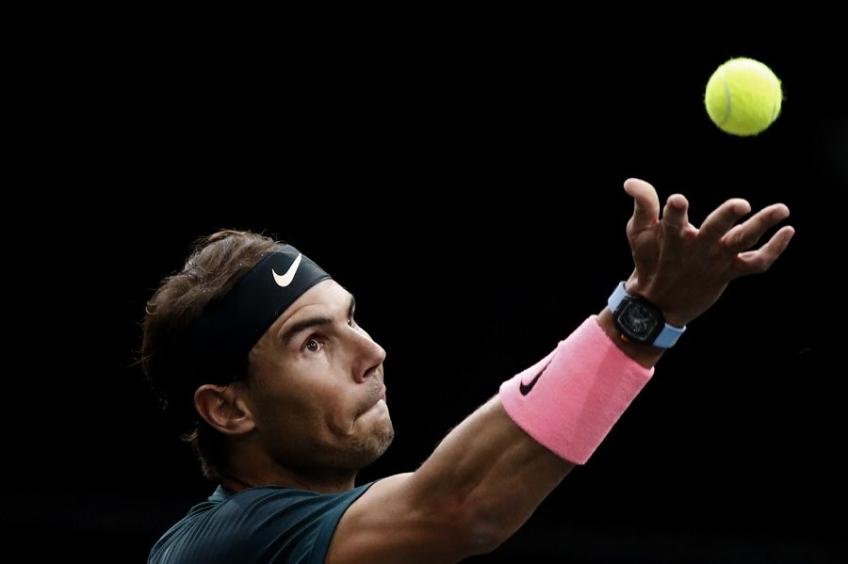 After the match won against Feliciano Lopez, Rafael Nadal continues to struggle and has to cancel a set point in the second set before winning 6-3; 7-6 against the insidious Jordan Thompson. Son after 1000 Rafael Nadal also makes 1001 wins: in fact at the Rolex Paris Masters the Spaniard beat Jordan Thompson for 6-1 7-6 (3), reaching the quarter-finals of the Parisian ATP Masters 1000.

Pablo Carreno Busta will be waiting for him. Thompson has time to move the zero from the game box before essentially acting as a non-paying spectator. If nothing else in the inaugural stage. At the end of the match, the number two in the world appeared not totally satisfied with his performance at the press conference and spoke about the match and many issues by answering the reporters' questions.

The words of Rafael Nadal at the press conference

Here are the statements by Rafa at the end of the match: "The first set was good, I managed to play all games well and I both served well and responded aggressively, then in the second set everything changed.

He served a lot less and I was not like the first one and this led us to the tie break and in fact I could give even earlier at 6-5. I was able to suffer anyway when needed and I finished the race in the best possible way. In general I have made more mistakes than I should, but I can go to the hotel satisfied.

What to improve about my tennis? In this moment I would tell you everything, but this is everyday work. I hadn't played indoors for about a year and so it's right that I have to grow gradually. I need to play and race after race I can grow on this surface.

Yet another derby in the quarters? Well, we're used to it, it's just one more race. I ate before the match with Pablo, I don't think anything affects us. We have known each other for many years and what happens outside will not affect the race.

We know each other well but we are professionals, once again I will give my best." On the possible reduction of Prize Money he said: "The atmosphere in the locker room is always good, I am part of the Players Council and it is obvious that we are also talking about these things.

To make the circuit work well, everything has to go great. Tennis must be profitable for the tennis players but also for the organizers and sponsors, if they don't do business the circuit has no future either. Now is the time to be together, be flexible and support each other." Then returning and concluding on the tournament: "Last year I was fine, but then I had an abdominal problem.

This year I am aware that I haven't played indoors for a long time, I won two races and now let's see how the next one will go."