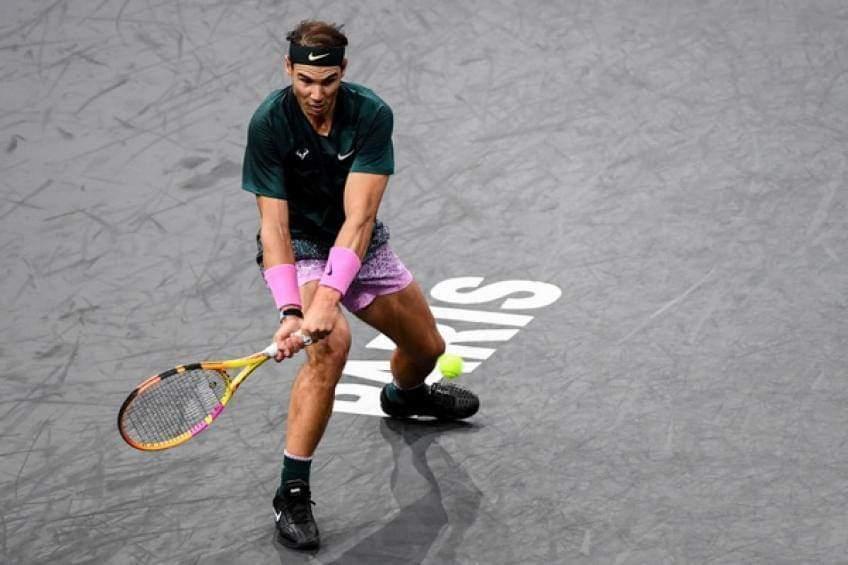 Considered one of the strongest tennis players ever, the Spanish tennis player Rafael Nadal has won 86 titles on the ATP circuit and is in fourth place in the Open era. Eighty-four of these tournaments were won outdoors and only two arrived indoors with Rafa always struggling with these particular conditions.

The only indoor hardcourt title for Rafael Nadal came in Madrid 2005 where the Majorcan took the victory in an epic and heart-pounding final with the now former Croatian tennis player Ivan Ljubicic (now coach of Swiss champion Roger Federer).

Waiting for the year-end Finals, Rafael Nadal has been waiting for this indoor victory for over a decade and once again he has been unable to break this curse on French hardcourt.

Rafael Nadal and the curse on the Indoor surface

Rafael Nadal hasn't won an indoor tournament since 2005 and this week saw his dream go out against the young and talented German tennis player Alexander Zverev.

He beat Rafa in just over an hour with the result of 6-4; 7-5, showing great tennis and many qualities and dominating especially in the first part of the match. In the second set Rafa had some chances, he recovered a break and forced the German to serve to stay in the set, but Zverev never gave up completely and in the end he closed directly in two sets.

It will be the final between Alexander Zverev and Daniil Medvedev and many have wondered why Rafael Nadal never won in Paris Bercy in his career? The Spaniard tried to answer this question like this. Rafa said: "Why have I never won here in Paris Bercy? The surface is difficult and in general this is my first indoor tournament of the year.

You can't say it's not normal that I haven't won a Masters 1000 tournament, it's definitely a tournament where you face the best tennis players in the world and you have to accept defeat when your opponent is better than you." For Zverev it is the second consecutive success against Rafael Nadal who remains ahead in the head-to-head between the two.

After Rafa reached Federer at 20 Grand Slams, Roger was among the first through social media to congratulate his opponent. The two lead the ranking of tennis players with the most Slams in activity, ahead of world number one Novak Djokovic, who is still at 17.

Rafa did not go beyond the semi-final in Paris-Bercy, missing the opportunity to grab one of the very few trophies missing from his showcase, after the defeat in straight sets against Alexander Zverev. The spaniard should come back for the upcoming ATP Finals, at the O2 Arena, in London.