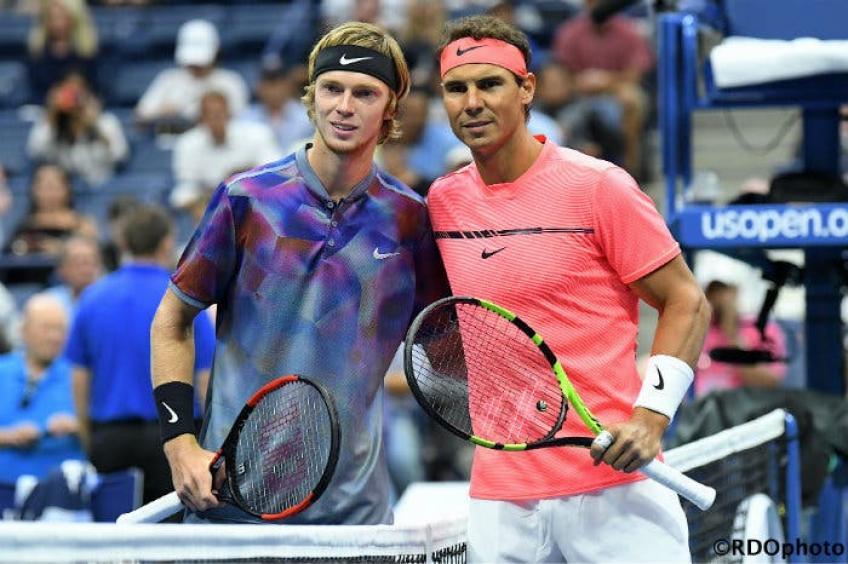 Andrey Rublev's growth and improvements this season are there for all to see. The young Russian tennis player has won twenty of the last twenty-two games played and five tournaments in 2020. His season began precisely in the sign of victory: only in January he triumphed at the Qatar Open and at the tournament in Adelaide.

After the suspension of the ATP Tour, he then won the German Open, the St. Petersburg Open and the ATP 500 event in Vienna. Staggering numbers, which led him to the ATP Finals in London.

“First time in this tournament? Obviously I'm a bit nervous," said Rublev in the press conference.

"This is the first time for me. You are a tournament with the best players of the year and this makes you feel a little nervous. We are human and I think anyone would experience these feelings for me. Finally, after so many sacrifices, this day has come.

I have worked hard to reach this milestone. I am very grateful for all that I am experiencing in this 2020. I am happy with how things are going, for my team and for all the people who have always supported me. They give me a lot of energy; so it's thanks to them that I'm here.

The reasons that have accompanied me in recent months have been fundamental. Now I am much stronger than in 2019." Rublev will face a certain Rafael Nadal on his first match. "I'm looking forward to the game. We all know Rafa.

He is one of the best players in tennis history, so I will have nothing to lose. I will try to play my tennis and have fun on the court. All the pressure will be on his side; I just have to try to be focused and give it my all.

It will be a special match." In addition to the twenty-time Grand Slam champion, Rublev will find Dominic Thiem and Stefanos Tsitsipas on his way. "All the matches will be tough and struggled. We're talking about the best players in the world competing to determine who will win the tournament.

I've already played with both Thiem and Tsitsipas. Some games I won, others I lost. I'm sure they will be some really fun challenges for the viewers. I will try to do my best to win as many games as possible."