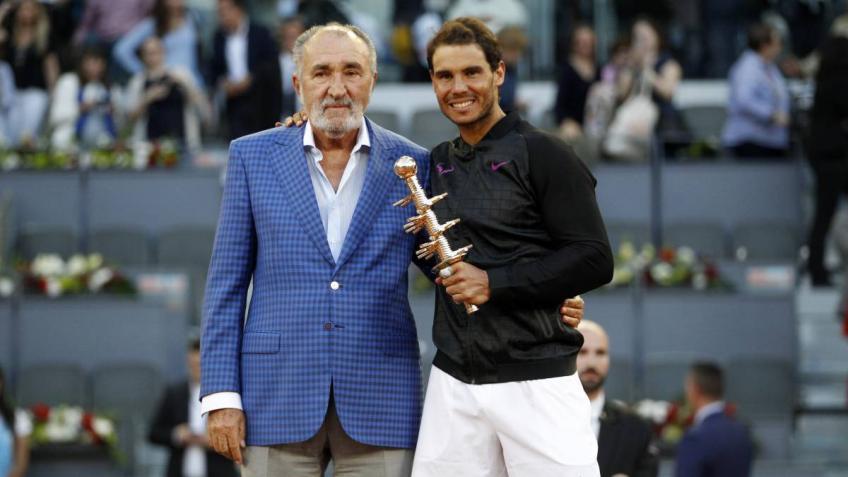 Ion Tiriac has never struggled to get people talked about. His histrionic character, combined with a non-trivial entrepreneurial flair, have allowed him to never leave the world of tennis even after hanging up his racket, projecting him even higher than in the past.

The great doubles partner of Ilie Nastase in the 70s has been a real star of tennis for half a century and, for one reason or another, his name still conquers many front pages today. We recall that Tiriac was the first Romanian to enter the exclusive list of billionaires drawn up by Forbes in 2007.

In the world of tennis Tiriac has covered any role, from player to coach, from agent to tournament director (we recall the harsh criticism received for having agreed to color the land of Madrid blue in 2012 for a mere advertising matter) and over the years he has managed to use this experience in all the contexts in which he has chosen to engage, permeating the economic and technical fabric of his sport with great ambition.

Here are Tiriac's words on the media strength of tennis

In an interesting interview carried out by the online site We love tennis, Tiriac spoke freely of infinite topics, especially concerning the strictly topical. In particular, in addition to his opinion on the pandemic crisis that is conditioning and weakening the whole world, the Roland Garros champion wanted to congratulate the world of tennis and in particular the French Federation for having insisted with such vehemence and passion for play the Paris slam, despite the conditions were very prohibitive.

Specifically, Tiriac emphasized how strong and profitable is the media power of tennis in the world, capable this year, on some occasions, of going beyond emergency and difficulties. According to the well-known tennis player, in fact, the great ability to hold on to millions of people enjoyed by a popular and followed sport like tennis has been there for all to see for decades and, consequently, undoubtedly conditions the economic and social power relations in the world: "TV multiplies the impact of tennis stars.

I am sure that Nadal's name is better known around the world than the Spanish Prime Minister's. That's why I'm saying tennis has a huge chance. The face of a tennis player is more popular than that of a politician because it stays on the screen longer, because everyone everywhere in the world watches it.

When Becker played, he spent 5,000 hours a year on television. Two or three hours a day. Conclusion, he was more visible than the president of the United States. This is why tennis has so many partners. It is a unique sport and even now it is proving it," said the former Romanian doubler.