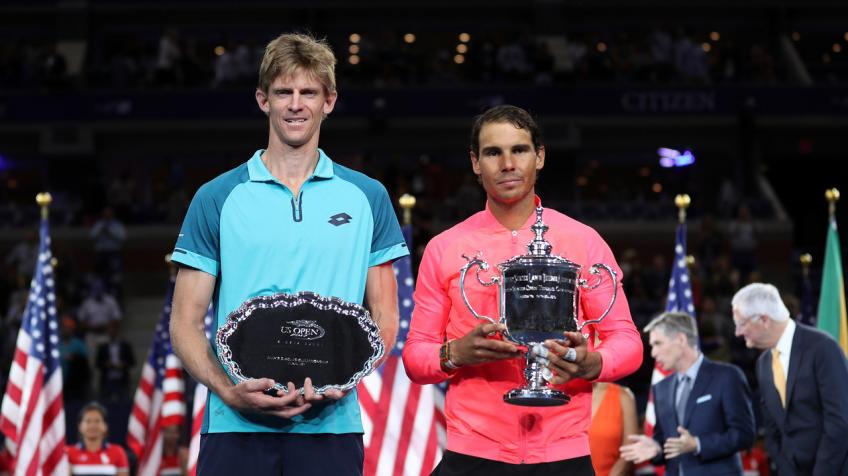 Kevin Anderson's golden years are now behind us, or maybe not. The two-time slam finalist, with numerous accomplices and long injuries, seems to have entered the waning phase of his career, although his identity card could still allow him a few seasons at good levels on the circuit.

In an interesting Podcast organized by MatchPoint Canada, Anderson wanted to rattle off some curiosities about his career and his approach to tennis. Among the numerous ideas given by the South African giant, it was interesting to find out who his idols were in the past, or rather, who were the tennis players who most inspired and convinced him to make tennis his profession.

"I think I've had a lot of idols in the past, mainly Pete Sampras and Juan Carlos Ferrero. I think Pete Sampras has probably been an idol of many people, but although I liked him so much, I never modeled my game to his at all.

I have always appreciated his successes, his consistency, in short, Sampras was very motivating," said Anderson. Subsequently, in a dive into current events, Kevin Anderson was asked to talk about his opponents on the circuit and the tennis player wanted express words of great esteem and praise for 20-time slam champion Rafa Nadal, his peer and winner against him in the 2017 New York final.

Anderson: "Rafael Nadal has always been an example for me"

"He has always been an exceptional player. Even though he is my age and now a competitor of mine, Nadal was someone who motivated me to keep working hard. Rafa also had great success from a young age, unlike me.

He was incredibly successful at 16 or 17, while I turned pro a few years later," said the South African with admiration, who then underlined how, despite both having 34 springs on their shoulders, their careers have had absolutely different rhythms: "It was strange, I went from watching him play to being his competitor," concluded Kevin.

Anderson finally wanted to dedicate his last thought to Rafa, defining him not only one of the greatest tennis players of all time, but above all a tough man, imbued with a spirit of unique sacrifice and characterized by the great ability to overcome difficulties and injuries.

. The former world number five has in fact admitted how this great virtue of Rafa has very often motivated him to train and always return to competition after an injury. In short, the great champions always manage to be an example in everything they do.