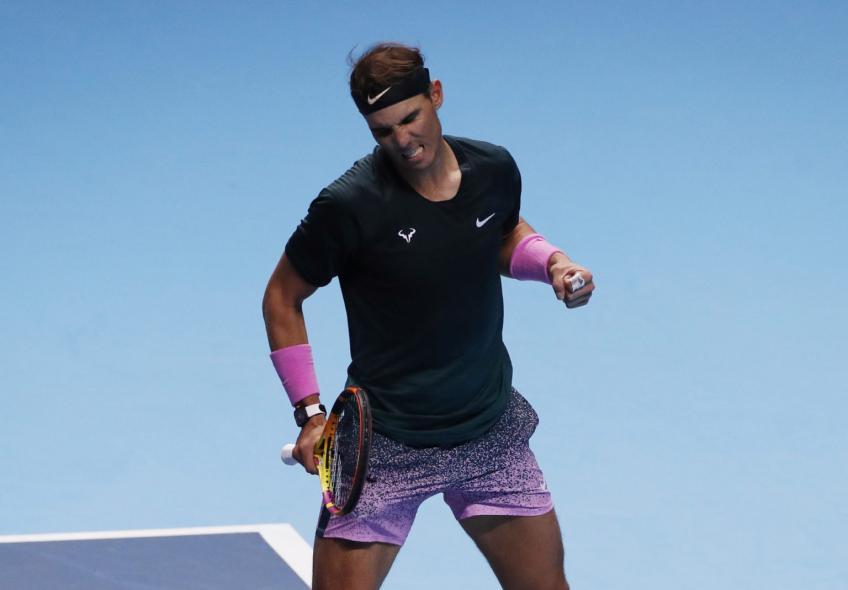 Rafael Nadal has played nine times in the ATP Finals, but has never managed to win the most prestigious tournament in the world outside the four Grand Slams. The Spanish champion reached the final in 2010 and 2013, but in both cases he was forced to capitulate against Roger Federer and Novak Djokovic respectively.

The former world number 1 took away the satisfaction of winning his 20th Slam this year thanks to yet another triumph at Roland Garros, as well as highlighting a greater freshness at this point of the season than in other years (also for merit of the long stop due to the pandemic).

The 34-year-old Majorcan honored the latest edition of the Masters at the O2 Arena in London by beating Andey Rublev in two quick sets, but on the second day of his group he surrendered to a wild Dominic Thiem in two tiebreaks.

Rafa will meet with Stefanos Tsitsipas on Thursday to try and grab the semifinals. Speaking on Amazon Prime Video, former WTA number 5 Daniela Hantuchova believes Nadal has a big chance this year.

Below her words and...

“It can really be your chance” - the Slovakian began.

“This is one of the very few titles he still misses and he wants people to stop reminding him every time. At the same time, I think he has accepted by now that - if he doesn't make it - he will still be happy to retire.

He will not lose sleep for this title ”- he added. Former US Open finalist Greg Rusedski highlighted Nadal’s decision to bring both his coaches, Francisco Roig and Carlos Moya, to London. A rather rare event. “Usually only one coach travels with him, in addition to the athletic trainer, the physiotherapist and his family.

I think he wants to try something different in these Finals. I don't know if the motivation is tactical or if he doesn't feel confident enough about what he has to do indoors to win the title ”- the Briton analyzed.

Meanwhile in the second match of the ATP Finals 2020, Dominic Thiem defeated Rafael Nadal. Nadal-Thiem is now synonymous with entertainment. The two had proved it at Flushing Meadows in 2018 and had strongly reiterated it in Melbourne Park about ten months ago.

Act number fifteen of the saga, which has as its theater the dull O2 Arena in London - reveals another small masterpiece under the roof. The Austrian talent manages to maintain the positive trend in tie breaks after the three Australians.

To seal the success on 7-6 (7) 7-6 (4) after just under two and a half hours of play and above all to mortgage the passage of the round in the "Group London 2020" which still has Andrey Rublev and Stefanos Tsitsipas available .