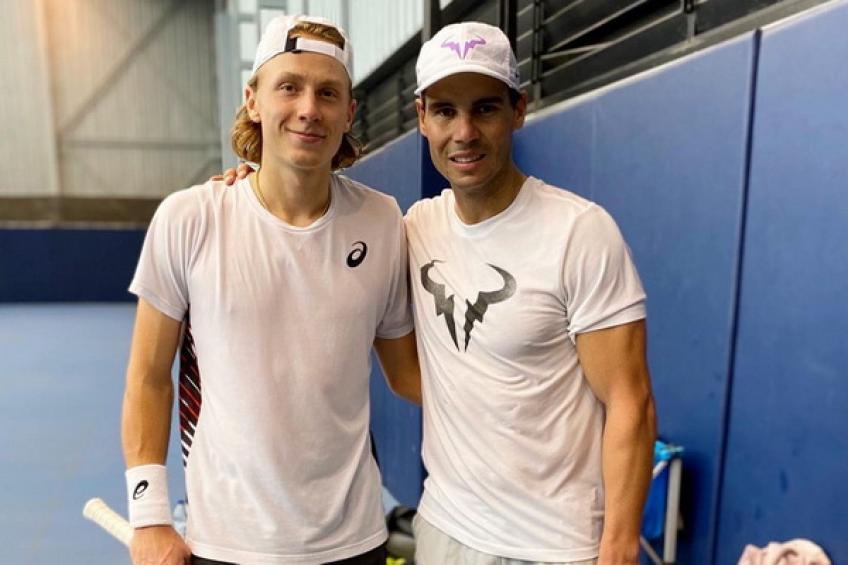 Everyone, experts, insiders, media fans, colleagues and Next Gen recognize Rafael Nadal's mental strength. Emil Ruusuvuori was n. 4 in the ITF rankings, in singles, after reaching the quarterfinals of the Australian Open and the semifinals of the US Open.

Turning to professionalism, Ruusuvuori won his first Futures title at the F4 event in Finland in November 2017. He hoisted himself in the ATP singles ranking at the position number 142, in September 2019. Ruusuvuori also represented Finland in the Davis Cup, where he has a tally of 5 wins and as many losses.

In September 2019, he beat World number 5 and twice times Roland Garros finalist Dominic Thiem. In a recent interview reported by the ATP Tour's official website, the Finnish star revealed that a training session with Rafael Nadal was a dream come true for him.

Ruusuvuori chose to spend time during his 2019 off-season at the Rafa Nadal Academy by Movistar.

"It's something really different, the way Rafael Nadal hits the ball and how he keeps the practice so intense.

It's something I've never experienced and it's one of the best memories I have on the tennis court," said Emil Ruusuvuori, who thentold: "From the first ball it's amazing how hard he hits and just throughout the practice how intense he is.

In every practice he's like that, so it's amazing how he keeps his focus so high," added Ruusuvuori. "Every single time he gets something out of practice. There were many things you can see and learn from that, even if it was one practice."

The 21-year-old has no doubt about what he wants to achieve on the tennis court: "A Grand Slam win. That's a pretty easy question. It all went pretty fast in the end. It wasn't the easiest year from the start, "said Ruusuvuori, who struggled with some health issues at the end of 2018 and the beginning of 2019.

"I learned all the things you have to do at that leve. I started winning some matches and then I got the first tournament win and then another one. In the end, it rolled quite well. It was a lot of work to get there , but it was a great, great year overall.

I'm just excited to get back to official matches, "Ruusuvuori stated. "We've practiced a lot now, so it'll be nice to get back to playing," he concluded.