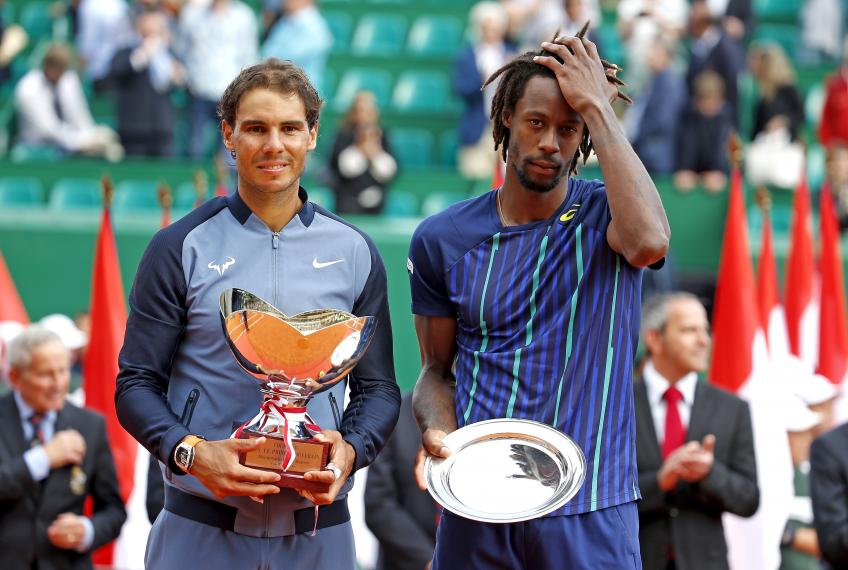 Recently, British player Andy Murray and Frenchman Gael Monfils gathered on Twitch to select the best features of the ideal player. The parameters to be taken into consideration were the following: serve, backhand, forehand, volley, short ball, lob and speed.

Murray and Monfils did not seem to agree on several criteria, but they totally agreed in terms of mental strength: their choice obviously fell on Spaniard Rafael Nadal. In this year so damaged by the Coronavirus pandemic, Rafa Nadal still managed to win his thirteenth Roland Garros title, without considering the success in Acapulco at the beginning of the season.

At the Australian Open he made quarter-finals, while at the year-end Masters in London he reached the penultimate match of the tournament, then beaten by Daniil Medvedev.

Gael Monfils immediately agreed with Murray in choosing the Palma de Mallorca phenomenon as a player with the greatest mental strength on the court: "I agree with you", said the Frenchman, "because I think what Rafa is capable of doing since mental point of view, accept the determination he puts into every single point.

He is also able to hold back the negativity, because in some cases Nadal is really angry but he doesn't show it, you never hear Rafa utter a bad word." Monfils added: “His body language is always 99.9%, almost at the maximum every day.

For me this is an incredible thing and yes, to be honest I consider him the best warrior and fighter in our sport." The transalpine has defeated Rafa twice out of sixteen fights: his only victories came in 2008 and 2009.

Monfils ended 2020 at number 11 on the world rankings: this year he won in Montpellier and Rotterdam, while in Dubai he was unable to take advantage of a great opportunity against Nole Djokovic in the semifinals. The Parisian was also number 6 ATP four years ago when he played in the semi-final of the US Open.

Menwhile Rafael Nadal payed omage to El Pibe de Oro Diego Armando Maradona, died today at 60 years-old. On Twitter Rafa wrote: "Today the world of sport in general and football in particular have a vacuum. Maradona was one of the greatest sportsmen in history. My sincere and heartfelt thoughts go out to his family, the world of football and all of Argentina."