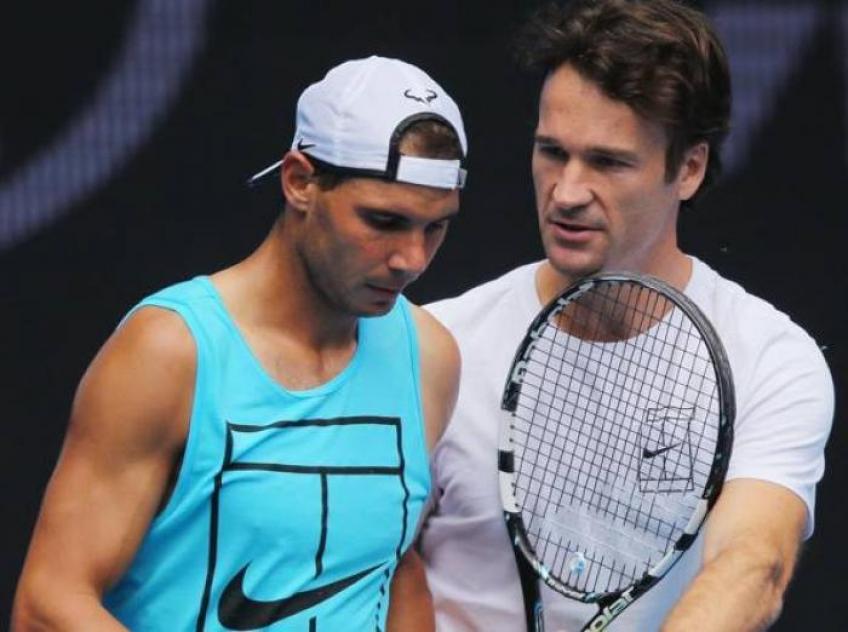 Despite the difficulties related to the pandemic that hit the whole world, 2020 still had positive implications for Rafael Nadal. The Spanish champion, after missing the trip to the United States and giving up on defending his title at the US Open, beat the competition at Roland Garros by winning his 13th title in Paris without losing a single set.

Thanks to this success, the former world number 1 crowned a very long chase, equaling Roger Federer's record of 20 Grand Slams. The 34-year-old Majorcan hoped to finally break the Finals taboo, but his run at the O2 Arena in London came to a halt in the semifinals against a wild Daniil Medvedev.

Carlos Moya, who has been with Rafa's team since December 2016, explained that, although the use of sports psychologists has become increasingly common in professional sport - the 20-time Grand Slam champion has learned to handle pressure on his own.

"Since I have been working with Rafael Nadal, I never thought he needed the help of a mental coach," began Moya in an interview with Libertad Digital. "There are players who need it most, perhaps because they have more insecurities.

In this sport, the mind plays a fundamental role. Returning to Rafa, I can assure you that his mental strength does not derive from anyone's teaching," he added. In the second part of his career, Nadal honed his tactics on the court:"There is always room to improve the strategy.

Rafa is a good example of this. On a general level, we try to adapt to the different surfaces and conditions we face in each tournament," analyzed Carlos. "If you look at Nadal's matches at the London Finals this year, you will find that his game plan was very different from that adopted a month earlier at Roland Garros.

It is not always easy to stick to the tactical plan, given that the opponents hit very hard and the points last less and less," he said. "It has been an anomalous season and a very strange year for all of us. As far as the balance of the season is concerned, it is clearly positive since when a player wins a Grand Slam the year always becomes positive.

This is undoubted. The only sin of this season is perhaps the Atp Finals where Rafa had the opportunity to reach the final and in my opinion to win the tournament. Normally when he is in those situations, the match goes in Rafa's favor but this time it didn't go that way."

Regarding the ATP Finals, Moya then continued like this: "What we need to do is to be sure of ourselves and confident in the important moments of the game. We are used to Nadal who resolves these situations in his favor, but it should be emphasized that sometimes the opponents also play for an extraordinary level and it is a pity that this time the decisive points went to the opponent, in this case the winner of the tournament Daniil Medvedev ."