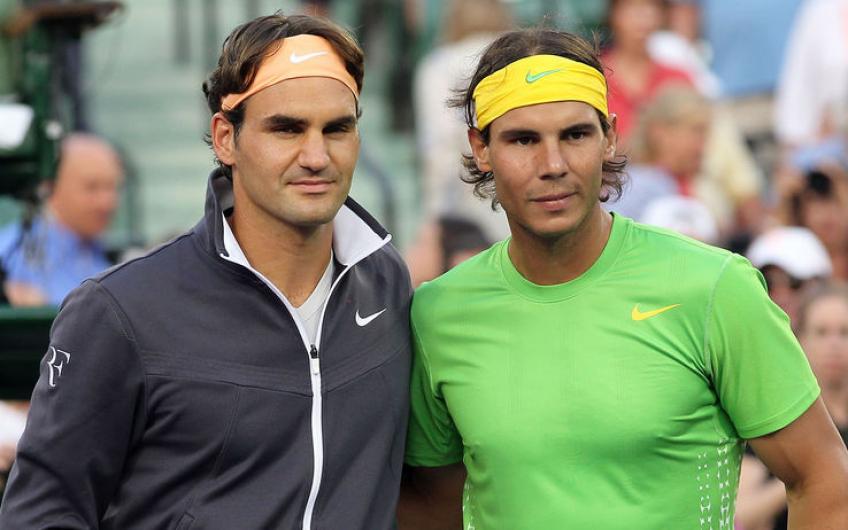 Rafael Nadal is widely recognized as one of the strongest players ever in terms of grit and intensity on the tennis court. In the opinion of Gilles Simon, to believe that the 34-years-old Spanish champion is just a great fighter would be a limitation for a player who has proved himself complete during his incredible career.

Despite being simply considered a clay specialist in the early years, the Majorcan won on all surfaces, equaling his eternal rival Roger Federer at 20 Grand Slams. The umpteenth victory at Roland Garros by Nadal has suddenly rekindled the debate related to the GOAT, if we consider that the world number 1 Novak Djokovic is only three points away from the two symbols of the modern era.

In a recent interview, former Top 10 Gilles Simon provided an interesting interpretation of the Big 3 approach. The Frenchman believes Federer cannot be judged any less 'warrior' than Nadal and Djokovic.

Simon: "Federer shows it less than the others"

"When Roger Federer, Rafael Nadal and Novak Djokovic say: 'I'd like to be the player who has won the most Grand Slams, but even if I don't do it I'll be happy,' which of the three is more credible? For me it's Rafa.

Can we say that Rafa is more of a warrior than Roger? I'm not so sure. Federer only makes him see less than the others, while Nadal seems to have a permanently murderous mind," explained the Frenchman. In support of his thesis, Simon cited the example of Marin Cilic, who was able to win a Grand Slam in 2014 without ever showing any emotion.

"I can mention Grand Slam winners who seemed to feel no emotion. Marin Cilic comes to mind when he won the US Open in 2014. He has played in two other Grand Slam finals, at Wimbledon 2017 and the Australian Open 2018, and has often made a decisive contribution to the Davis Cup.

Why shouldn't that be a good example to follow?" he concluded. Rafael Nadal played another amazing season, during which he obtained one of the most significant results in the history of the sport, equaling Roger Federer's 20 Slams record by winning for the 13th time on the Parisian clay-courts.

Now Rafa should be back on the court for the upcoming Australian Open 2021, despite there are still some doubts about the Australian event.