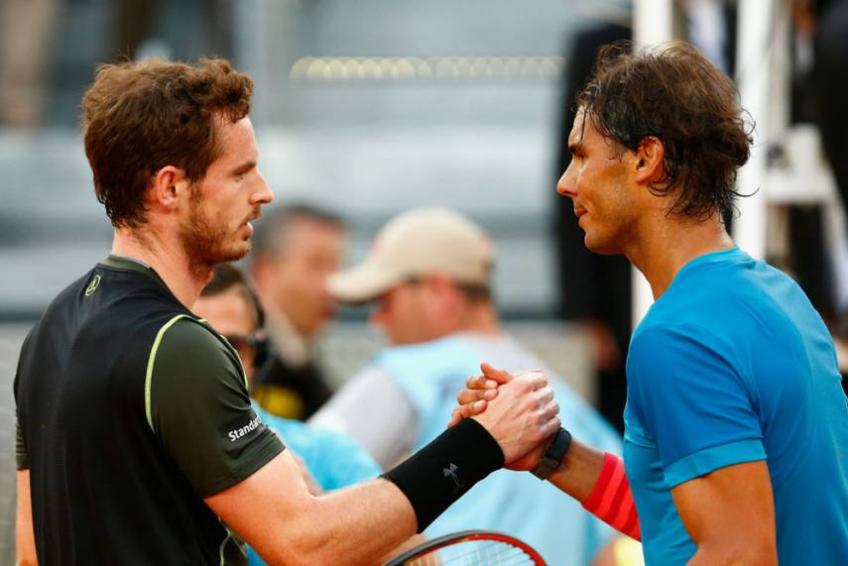 According to former world number one Andy Murray, there have been occasions when he felt that Novak Djokovic was mentally stronger than Rafael Nadal. However, taking into consideration the entire career of the two players, Andy preferred to name the Spaniard.

As revealed to Tennishead, the two-time Wimbledon winner said: "I actually had this conversation with Novak, when I did a live on Instagram during the first quarantine period.

I told him that in my opinion there were periods in his career when he was mentally stronger than Nadal. But if I think about every single match in every single tournament of their careers, then I would say Nadal. For example, during this week we were just wondering what Novak was feeling, if he was mentally afflicted.

It is something that never saw me worried about Rafa, I never thought he had problems with motivation or mental strength. That's why I prefer to mention Nadal's name." Murray has beaten the Majorcan seven times out of twenty-four matches: his latest victory dates back to the 2016 Madrid semi-final, which ended with a score of 7-5 6-4.

Andy has reached the Australian Open final five times, never being able to lift the trophy. Champion of three Grand Slam events, the Scotsman has won two consecutive gold medals in singles and the 2016 edition of the London ATP Finals.

After weighing the retirement hypothesis almost two years ago, Murray is still trying to get back to the levels of the past. World number one for a total of 41 weeks, he won the 2015 Davis Cup against Belgium. Rafael Nadal played another amazing season, during which he obtained one of the most significant results in the history of the sport, equaling Roger Federer's 20 Slams record by winning for the 13th time on the Parisian clay-courts. Now Rafa should be back on the court for the upcoming Australian Open 2021.