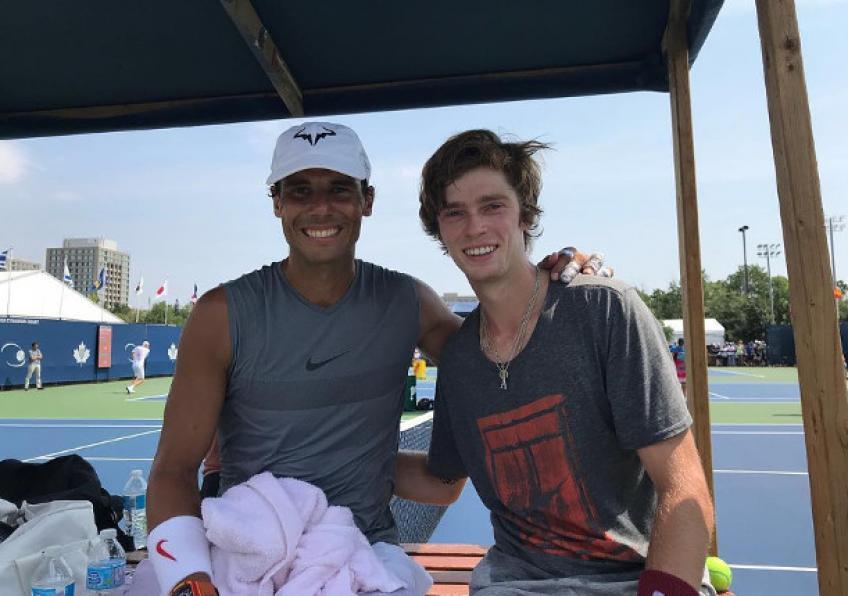 Twenty-five wins and seven defeats. This is Andrey Rublev's balance from the restart of the circuit. The talented Muscovite, who strengthened the showcase with three titles and who for the first time in his career found a place on the table of the eight masters, has undoubtedly proved to be one of the characters of the season.

In the course of a chat with the editorial staff of Sport Express, the Russian talked about childhood idols and the goals he set for himself in the short term. But also of the importance of leaving the motherland to become a professional.

"I think it was important for the children of my generation to move from Russia. We would not have obtained the results we have obtained otherwise. Let me give an example: even just the weather conditions: here they are completely different from the United States or almost all European countries.

When I am in Barcelona, ​​I feel at home and can afford to move relatively quickly. When you leave Moscow, you need almost a day to get anywhere," he explained.

With the poster of Marat Safin and Rafa Nadal (who he faced right at the Finals) in the room.

But with respect for the characters of this generation. "I think the two of them have always been my childhood idols. Although I must say that I am a great admirer of Dominic Thiem's ​​game. He has spectacular tennis and among other things I think he is also one of the best guys on the Tour.

Really. Obviously I'm a huge fan of the game and Nadal's mentality. Mentally I think he is one of the strongest athletes I know. " The Australian Open should be played, yes. Even if with a few weeks behind the original plans.

One thing that Rublev already seems to have sensed. "Now that the season is over, I will take a few days off. I will probably start training a little later than expected this off-season. I think that in general it is difficult to plan the calendar for next season: we still don't know which tournaments will be played and which won't."