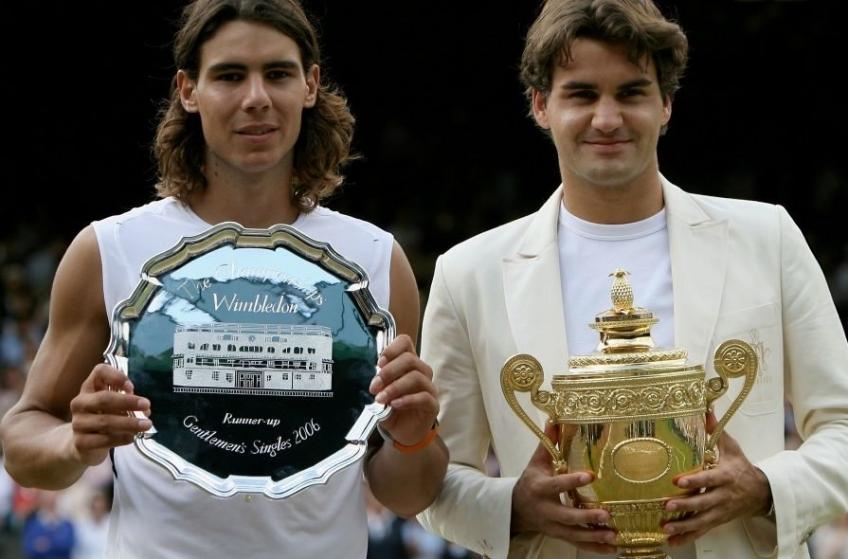 The challenges at Wimbedon between Rafael Nadal and Roger Federer were legendary: epochal clashes, with the Swiss trying to defend his garden from Spaniard improvements. In 2006 they played their first final on the lawns of the All England Club.

Rafael Nadal played his first Major tournament at Wimbledon 2003 after just turning 17. A super talented Spaniard was the semi-finalist in the junior event a year ago, using that experience for a professional debut on the fastest surface against Mario Ancic on June 23.

Rafa toppled Mario in four sets, racing past Lee Childs in the second round to become the youngest player in the last 32 at Wimbledon since Boris Becker in 1985! Improving his game regularly, Nadal would become a title contender at the All England Club within three years, advancing into the first Wimbledon final in 2006.

Winning the second Roland Garros crown a few weeks earlier, Nadal was trying to become the first Channel Slam conquerer since Bjorn Borg, facing the ultimate test en route to the trophy. Eager to bounce back after the Parisian loss, the defending champion Roger Federer toppled the Spaniard 6-0, 7-6, 6-7, 6-3 in just under three hours, earning the 48th straight victory on grass.

Also, Federer became the third player in the Open era with four consecutive titles at Wimbledon after Bjorn Borg and Pete Sampras. The Swiss had better numbers on both the first and second serve, giving serve away twice and stealing the Spaniard's serve six times to seal the deal and write the record books.

Rafael Nadal on the 2006 Wimbledon final

The more experienced player made a marvelous start, storming over Nadal to deliver a bagel in the opener in 24 minutes. Recovering his game, Nadal earned a break in the second set and served for it at 5-4, only to get broken at 15.

Federer won the tie break 7-5 to gain a massive boost, looking good to seal the deal in straight sets. Nadal made sure to end Roger's streak of 34 consecutive sets won at Wimbledon, taking the third in the tie break before Federer claimed the fourth to celebrate the title.

I made a slow start, unable to find the rhythm; after that, I felt better on the court, feeling I could compete with Roger. However, I wasn't entirely convinced that I could beat Federer. At that time, he was better than me and that made me work even harder to reach that level and challenge him in the years to come," said the Spaniard.