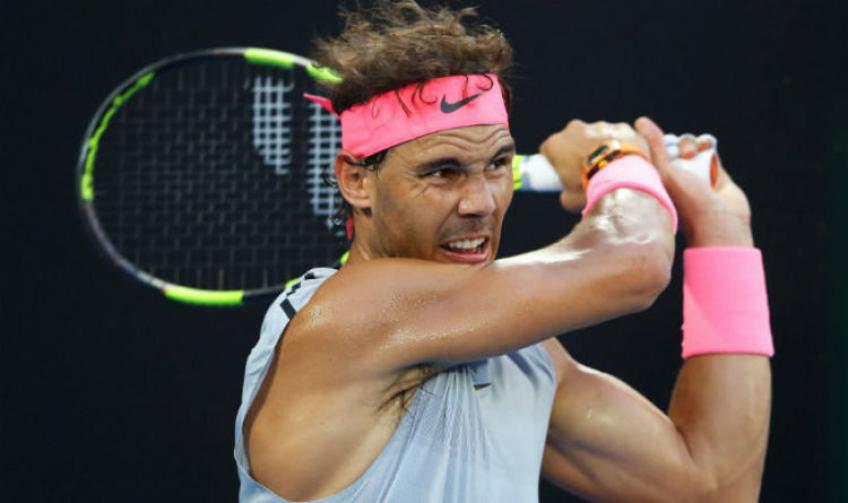 What would it be like to train with Rafael Nadal? His sparring partner, Alejandro Garcia Cenzano, tells us about it. It took the coronavirus pandemic to prevent the Spaniard from celebrating his birthday by raising the Roland Garros cup to the sky in Paris, an image seen twelve times in the past fifteen years.

COVID-19 succeeded in the feat that only Soderling, Djokovic and that wrist injury that forced Rafa to retire on the eve of the third round in 2016 were able to accomplish. However, it is not certain that the Spanish champion will not be able to add the thirteenth Musketeers Cup to his palmarès in the autumn, if the Parisian Slam will be played.

In a recent interview with Eurosport, Nadal was given high praise by his sparring partner Alejandro Garcia Cenzano. Cenzano is a 23-year-old southpaw from Madrid who has taken up coaching as his profession. He has sparred with the likes of Rafael Nadal, Garbine Muguruza, Genie Bouchard, Dominic Thiem and Svetlana Kuznetsova, to name just a few.

Clay, his favored surface to hit on, making him a preferred choice for Nadal.

Alejandro Garcia Cenzano said: “Training with Rafael Nadal, that’s the best tennis has given me. An incredible experience.

Since that day Rafa always comes to greet me when he sees me and asks me how is everything. I have a very good relationship with him. Something very important is that in each tournament there is also a left-handed sparring, many ask for it if they have to play with Kvitova, Nadal, Shapovalov etc,” told Cenzano.

Nadal is a clay court specialist in the sense that he has been extremely successful on that surface. He has won 12 times at the French Open, 11 times at Monte Carlo and Barcelona, and nine at Rome. However, Nadal has shed that label owing to his success on other surfaces, including holding simultaneous Grand Slam tournament titles on grass, hard courts, and clay on two separate occasions, winning ten Masters series titles on hard court, and winning the Olympic gold medal on hardcourt.

Despite praise for Nadal's talent and skill, in the past, some had questioned his longevity in the sport, citing his build and playing style as conducive to injury. Nadal himself has admitted to the physical toll hard courts place on ATP Tour players, calling for a reevaluated tour schedule featuring fewer hard court tournaments. This "longevity" narrative has proved to be inaccurate and pundits today admire his resilience.