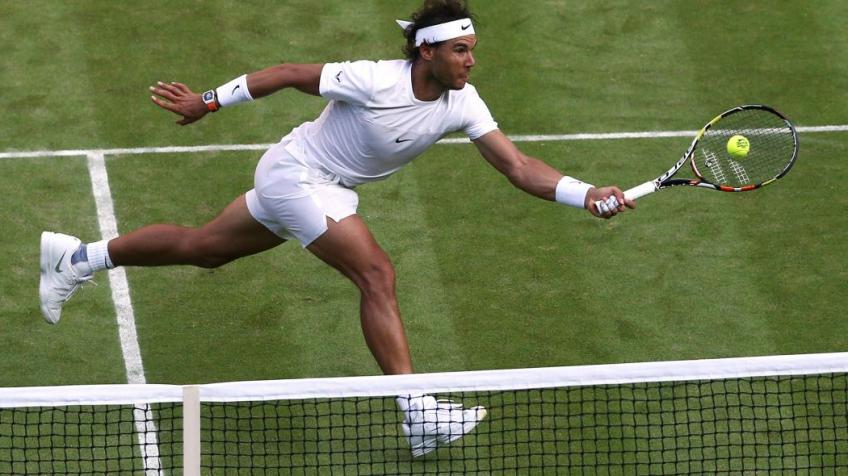 The first time I saw Rafael Nadal play on grass-courts was in 2002 or 2003," said Francisco Roig, who told: "At that time I was still a coach of Feliciano Lopez and I had not started working with him.vRafa came to play the junior.

Since he had no one to rally with, I started playing with him that day. From the first moment I saw that he had a great capacity to adapt on grass. Obviously, it took a series of years to gain that confidence and the way to play on grass.

But Rafa has a quality, among many others, that for me is incredible and makes him different from the rest: he knows how to overcome adversity like no other. Little by little he found a way to play. I think this is one of Rafa's differential points that he always finds solutions," he added.

Roig also said: "There is a before and after on grass for Rafa. At first he played with great intensity and was very intimidating to his rivals. He was able to move better than now, since he was much younger. Later, he has shown such a great evolution in the game that, for me, he almost played better on grass than on hard court.

I think he makes better tennis. He likes to play on grass when he has time to adjust,” he added. "I would rank him very high among the Wimbledon players. We are talking about Rafael Nadal, who by his own weight you have to put among the best on any surface in history."

Although Rafael Nadal has always been considered a great specialist on red clay-courts, he has shown that he is also competitive on hard-courts and grass-courts.

Very few predicted that the Spaniard would win two titles at Wimbledon, taking away the satisfaction of beating Roger Federer in the famous 2008 final. Since 2012, the relationship between the Mallorcan and the Championships has been a little cracked, thanks to a series of premature eliminations that have put Rafa's patience to the test.

The former World number 1 has come back into vogue in the last two editions, where he reached the semifinal losing respectively by Novak Djokovic in 2018 and by Federer last year. Nadal's balance on the grass is not at all poor, considering that the Iberian also won one title at the Queen's and one in Stuttgart.

Francisco Roig, a constant presence in Nadal's garage since 2015, recalled the first time he observed Rafa playing on the grass.