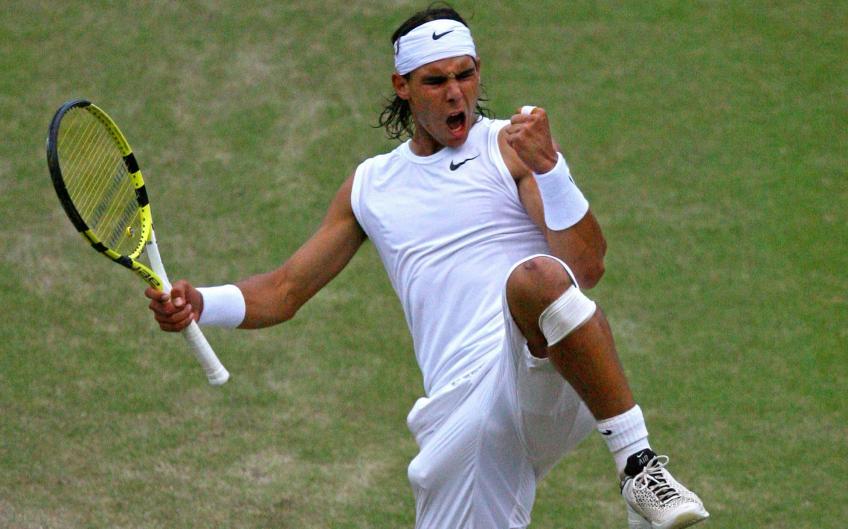 Tennis coach Larry Stefanki talked about how Spanish champion Rafael Nadal. The Spaniard won the 2008 Wimbledon men's singles final over Swiss eternal rival Roger Federer, considered by many to be among the greatest tennis matches in modern times.

Stefanki was speaking on The Tennis Podcast hosted by Mary Carillo, Matt Roberts and Christopher Clarey where he gave some insights into the tactics adopted by the Spaniard to win his first Wimbledon singles title in 2008.

It was the third year in a row that Federer and Nadal had competed in the Wimbledon final. Federer had won the five previous Wimbledon titles and was aiming to win the title for the sixth year in a row. The match saw several rain interruptions as well and is considered by many to be the best match of the Federer-Nadal rivalry.

On the podcast, Stefanki said: "Rafa has a great gift of developing and evolving as a tennis player. I would say Rafa because on grass you can’t be 30 feet behind the baseline. He started playing closer to the baseline and he thought, and I’m gonna take the ball on the return, right off the baseline.

His footwork started to get more efficient going to right on his backhand side. On his forehand he was turning and whacking. He transformed as a tennis player. He changed his court position on the return of serve in 2008." Rafael Nadal is the current World No.

2. He has won 19 Grand Slam singles titles, the second-most by any male tennis player. The all-time record is held by Roger Federer, who has won 20 Grand Slam men's singles titles. Nadal also won Wimbledon in 2010. Besides his wins at the All England Club, Nadal has also won a record twelve French Open titles, four US Open titles and one Australian Open title.

Wimbledon was cancelled this year due to the global pandemic for the first time since World War II. With the tennis Tours set to resume in August, world No. 2 Rafael Nadal has begun training over the past few weeks. The Spaniard was captured practicing on clay at the Rafa Nadal Academy in Mallorca by a tennis fan, who posted the same on their social media account.