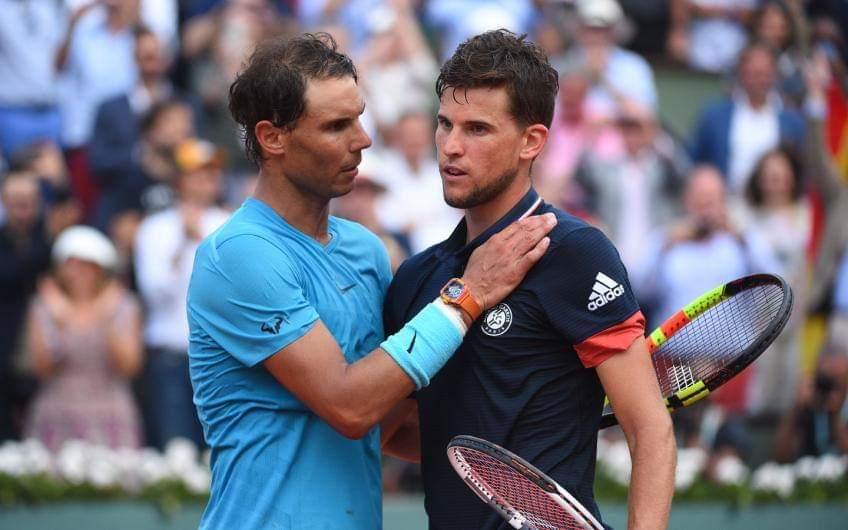 Dominic Thiem talked about the Big Three and their importance for ATP Tour. He said: "The first four months of the year were very special. I felt that I had had the best start to the year as a professional, even playing a Grand Slam final, but this break came.

I do not feel that this has hurt me, as it is a situation that does not depend on me. In addition, people’s health is much more important than sports or tennis. Finally, I think there are tennis players that this break has been worse than me.

I have had six or seven incredible years on the circuit, playing many games and I think this break can be good for me," said Thiem. "Obviously it is bitter because it has come at my best as a professional, but I cannot do anything.

In my point of view, this break has been very bad for the vast majority of players, both for the young people who have been doing well, and for Roger Federer, Rafael Nadal and Novak Djokovic who are in their last years as a professional and are watching time pass and they cannot be in track."

He also talked about the Adria Tour: "The Adria Tour was of course a mistake that everyone has recognized and the world has learned for future tournaments. At the Belgrade and Croatia tournaments nobody violated any law and we simply followed the instructions they gave us, but obviously I confess that it was a mistake.

It is true that here in Berlin the concept of security seems rigorous but I feel very safe," said the 26-year-old. "Last week in Kitzbühel we did everything possible to be safe and thus avoid risks of possible contagion."

Is the Austrian ready to won a Slam?

Dominic Thiem has already said that he was keen on playing the US Open which is definitely good news for all tennis fans. Many people would have expected him to play the event as he has his eyes set on one goal winning his first Grand Slam.

Dominic Thiem is one of the best prospects born in the nineties, he adopts an excellent one-handed backhand that is able to play with considerable power obtaining several winning points. Solid in constitution, endowed with an excellent forehand, a very precise and loaded service and great mobility, he has the tactical intelligence and mental strength of the traits that distinguish him from his peers.

In the 2016 season, he completed his maturation process, which led him to corroborate the excellent offensive phase, which he already had, with an equally good defensive phase from the back of the pitch, as evidenced by the excellent results obtained at Roland Garros.