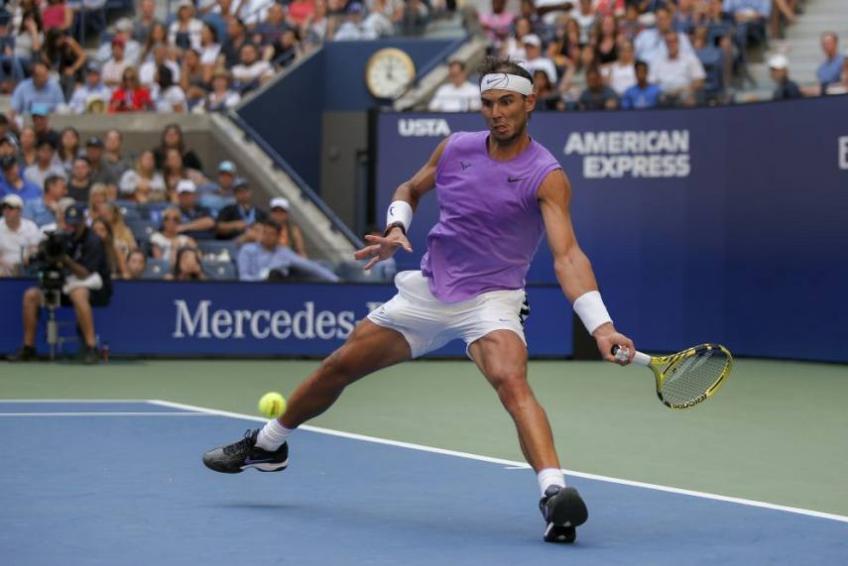 Gonzalo Lama talked about the status of the Big Three. He said: "For me Roger Federer, Rafael Nadal and Novak Djokovic are not idols. They have never done anything for the prize money of those from below. They are sports heroes but more beyond that, well I don't see them doing anything.

They do not know the reality of tennis, which is what we live in. A number 400 of the rankings cannot play without support and that is what is not right. It seems unfair to me that the Players Council is made up of World numbers 1 and 2, they don't know what real tennis is like.

They do not understand what the rest live. They are only in their bubble," he told. With nearly $ 130 million in prize money, in addition to the profits from sponsorships, Roger Federer has been named by Forbes as the highest paid athlete in the past twelve months.

Djokovic and Nadal are also very high in this ranking, while among women only Serena Williams stands out. Tennis' Big Three have redefined the age barrier that used to define the sport. Björn Borg, an 11-time Grand Slam winner and considered one of the greatest of all-time, retired at 26 years-old.

John McEnroe won his last Slam in his mid-20s. And Pete Sampras, the holder of the Slam record before Federer eclipsed him, retired at 32, considered old for the sport at that time. While it will be hard to knock Federer off his perch at the top, what could work in Nadal and Djokovic's favor for the Grand Slam Race is the Next Generation's inability to break through.

Who will take the baton from the Big Three?

The up-and-comers of men's tennis are still far behind. Austrian Dominic Thiem, 26 years-old, is ranks No. 3 in the world but he has not yet win a Slam. Russian Daniil Medvedev, 24 years-old, ranks No.

5, played last year US Open final against Nadal but he lost after five amazing sets. Roger Federer, Rafael Nadal and Novak Djokovic are considered the greatest tennis players in history. The Big 3, who have won 56 of the last 67 Slams played, have been appreciated for their behavior both on and off the court.

Despite their popularity around the world, the three sacred monsters have also had to deal with some detractors, who have often accused them of being very little interested in the events of second-tier players. In particular, Marion Bartoli and Gilles Simon criticized Federer's indifference, guilty of not having expressed a precise opinion on the contributions to be assigned to colleagues further back in the ranking.

Gonzalo Lama has now been added to the list, positioned at number 909 of the ATP ranking, according to which the Big Three are guilty of living in a sort of bubble.