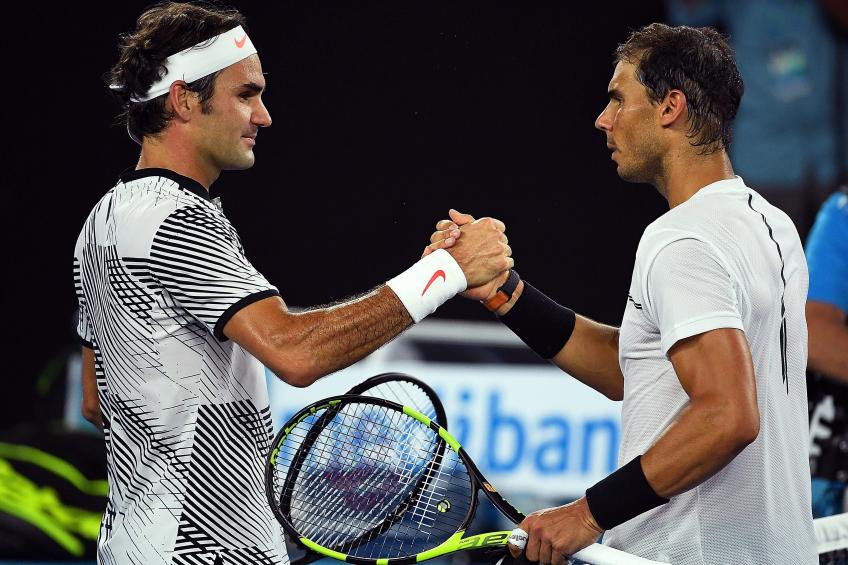 Rafael Nadal loves to face Roger Federer. The Spaniard is one of the strongest tennis players of all time. Rafa won19 Grand Slam titles and is only one title from the record of the Swiss Roger Federer. His enormous success is not only due to his great talent, but also and perhaps above all thanks to his great ethics outside the playing field.

As we know, the life of a sportsman requires great sacrifices and so much discipline that we do not see since everything is behind the scenes. Rafael Nadal's routine is fundamental and basically we also notice it from some small details during the meeting: the Spaniard must have the bottle of water and his towel in his place and before each service he must touch his hair, shorts and rubbing your nose, a routine we've been used to for over a decade.

In a recent live event on Facebook called #GetRafaMoving, a fan asked Rafael Nadal to choose his favorite opponent to play against.

Rafael Nadal on his favorite opponent

Rafa said: “My favorite opponents are one that I win against normally.

Well, I don’t know, I enjoy the challenges to playing against Roger Federer of course, against Novak Djokovic, against Andy Murray, against David Ferrer. I think there are a lot of great opponents and everyone gives you a different challenge and you need to adjust your game to be competitive.

I don’t have a favorite opponent, I just enjoy the fact that every day we compete against a different one." The Big Four hold many records for having won individual tournament titles the highest number of times, including three of the four majors, the ATP Finals, eight of the nine ATP Masters 1000 and ATP 500 overall events.

Djokovic is the only player since 1990 to have won all nine Masters 1000 events at least once. As of 2020, the trio of Federer, Nadal, and Djokovic has instead been referred to as the Big Three due to Murray's repeated struggles with injuries, relative absence from the ATP Tour, and vastly smaller achievements.

There has been some discussion since 2015 whether Murray should be included as part of this elite group, initially because he has won far fewer Grand Slam titles when compared to the other three. Some have objected to including Murray in the Big Four while excluding Stan Wawrinka, who has also won three majors in the same period.

Wawrinka himself has countered this objection, citing his lack of consistency compared to the Big Four. A comparison between the career performances of the two shows Murray clearly ahead in all other parameters. Murray's statistics are often in the top ten in the Open Era, which highlights his consistency in comparison to Wawrinka.

Rafael Nadal and the PlayStation come back!
Hantuchova: "Rafael Nadal will not lose sleep because of the ATP Finals"
Ruusuvuori: "Rafael Nadal's ability to focus is amazing"
Rafael Nadal's sparring partner on their training
THIS WEEK MOST POPULAR
VIDEOS
Rafael Nadal: "You will decide my shots in a live!"
Italian Open Draw: for Rafael Nadal there is immediately Pablo Carreno-Busta
Soderling: "There are no words to describe what Rafael Nadal did"
ATP Paris Bercy: Rafael Nadal a 1000 and one night!
Could Toni Nadal join Barcelona Fc
Gaudenzi explains: "That's why we couldn't help Rafael Nadal"
ATP Rome: Rafael Nadal defeated in two sets by Schartzman in the quarters!