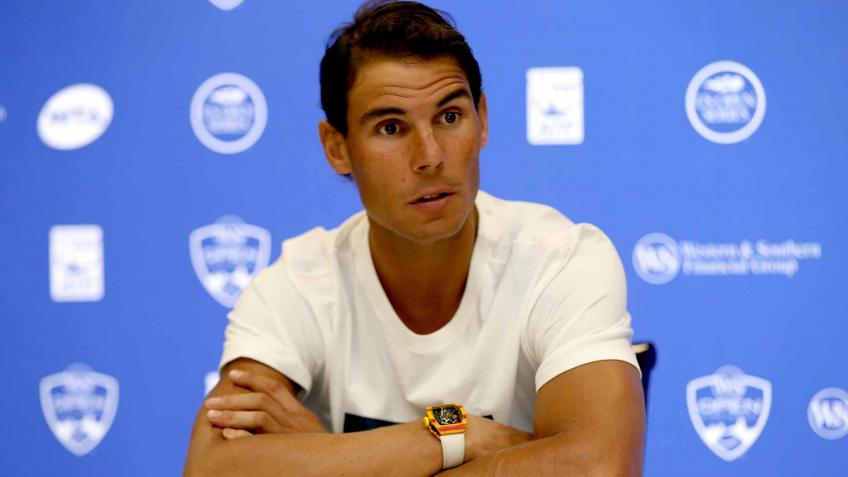 Rafael Nadal's biographer Angel Garcia Muniz talked about what makes the Spaniard the greatest athlete in the history of his Country. He said: "Everyone feels authentic respect and reverence for Rafael Nadal for the values he transmits.

You are almost more fond of him when he loses than when he wins. For the respect he shows to his rivals, towards the public and towards us (media) in a press conference. I stay more with his way of being than with everything he has earned.

I have asked the same question to all the athletes. And I still haven't found one who won't tell me the name of Rafa Nadal. If they say it, how can I not say his name? At 14 years old he defeats a Wimbledon champion, at 15 his first ATP game and at 16 he beats Albert Costa, Roland Garros champion.

Toni is the one who has furnished the most incredible minds in international sport. "Rafa played a match with a broken racket because he learned not to complain about anything. (Toni) made him pick up more balls than anyone else.

If Rafa left the water bottle, he would not buy a new one 'so that he would never forget it again."

The Slam race with Roger Federer and Novak Djokovic

Nadal is embroiled in a three-way battle with Roger Federer and Novak Djokovic to finish with the most career Grand Slam titles.

The Spaniard is currently between the two with 19 Slams won, one short of Federer but two ahead of Djokovic. Nadal was asked about his favourite opponents during a Facebook Q&A session to announce the renewal of his Kia sponsorship deal.

“My favourite opponents are one that I win against normally,” he replied. It is now about a month before the definitive resumption of the tennis ATP Tour. Given this situation, World number 2 and 19-time Grand Slam champion Rafael Nadal has started training and is working on his come back.

During the medical emergency, Nadal remained stationary in Spain with his family and only recently, with the restrictions that have been loosened, Rafa returned to the court practicing with his coach Carlos Moya. Nadal should come back on the court for the Europe clay-swing, playing at the Mutua Madrid Open and at the Roland Garros. In order to play his beloved clay-swing he could skip the US Open, where he would be defending champion.