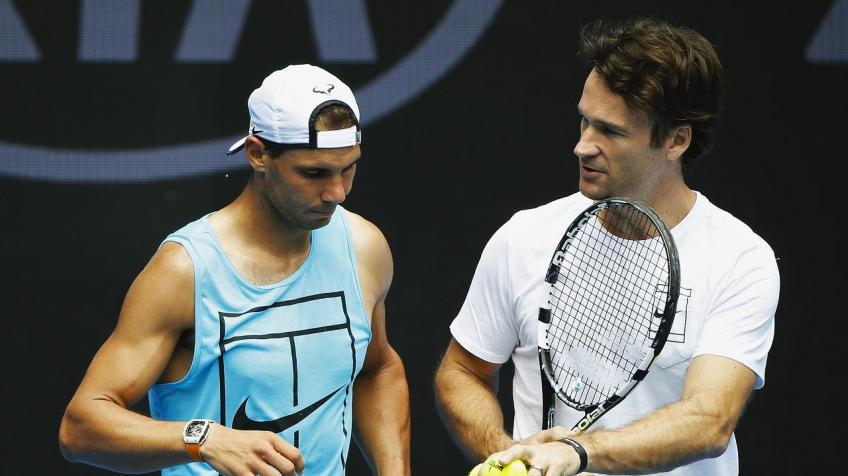 ATP Tour will start on 14 August from Washington, where the 52nd edition of the Citi Open will take place, but fans and insiders are trying to understand in which tournament will play Rafael Nadal and, above all, if he will miss one between the US Open and the French Open.

After the City Open in Washington the men's Tour will move to New York, first for the Western and Southern Open of Cincinnati and then for the US Open, events that will both be played in Flushing Meadows and which will close the American season on hard-courts, on 13 September.

The tour will later move to Europe for the season on the clay-courts. There will be three tournaments that will precede the Roland Garros: the ATP 250 of Kitzbuhel and the Masters 1000s of Madrid and Rome. The Parisian Slam will finally begin on 27 September.

Many players have expressed their concern about the tight schedule and the many commitments that will put them in front of a choice. Rafael Nadal won both the Roland Garros and the US Open last year, the two Slam tournaments that will be played during the second half, and will therefore theoretically be forced to defend both successes in just under a month.

The Spaniard for a few years has been trying to manage his schedule in the best way, especially to avoid injuries and long breaks. The big question remains on the calendar that will decide to follow Nadal.

What tournaments will Rafael Nadal take part in?

Carlos Moja, coach of the 19-times-Slam-champion, talked about Rafa's new schedule and his conditions during an event held in Palma de Mallorca: “Schedule? To be honest, we haven't talked to Rafa yet to figure out what the definitive schedule will be for his return to the pitch.

It is true that there are five very important tournaments concentrated in a few weeks. Rafa would like to play them all, but he is no longer 20 years-old and the situation is not the same as before. I am absolutely sure that Rafa is thinking of playing them all and he probably will, but we have to understand how to adapt to the new conditions.

We have to sit in the next few weeks and analyze everything. We have always given priority to Nadal's physical and mental state, based on these aspects he must choose which tournaments to play and which tournaments not to play.

As I said before: his physical and mental state is our priority at the moment. We will not force any kind of situation." In a few weeks we will know where Rafael Nadal will play or not.

Thiem: 'Rafael Nadal is watching time pass and ... "
Rafael Nadal and the PlayStation come back!
Hantuchova: "Rafael Nadal will not lose sleep because of the ATP Finals"
Ruusuvuori: "Rafael Nadal's ability to focus is amazing"
THIS WEEK MOST POPULAR
PHOTOS
Here are the pics of Rafael Nadal's new yacht!
Rafael Nadal explains how he copes with sleep problems during tournaments
Rafael Nadal: "You will decide my shots in a live!"
Italian Open Draw: for Rafael Nadal there is immediately Pablo Carreno-Busta
Soderling: "There are no words to describe what Rafael Nadal did"
ATP Paris Bercy: Rafael Nadal a 1000 and one night!
Could Toni Nadal join Barcelona Fc